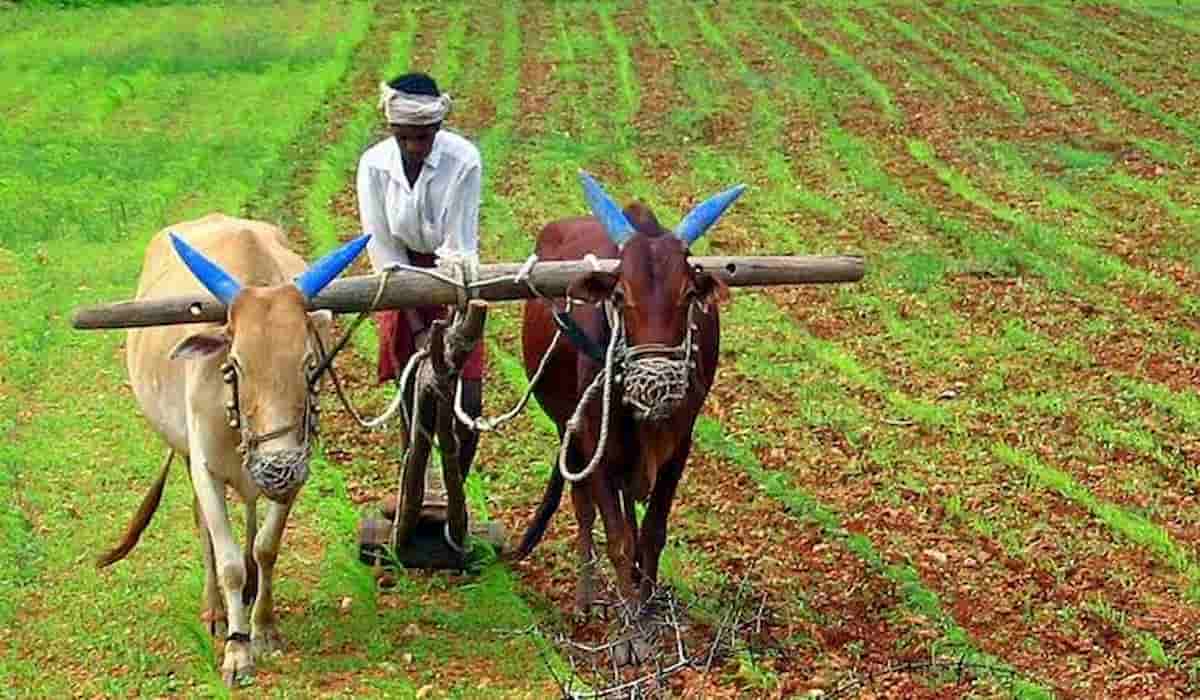 Since childhood, the one things that we have constantly been hearing is that India is mainly an agricultural country. This precisely means that a major part of our nation’s working population is directly or indirectly dependent on agriculture for its livelihood.

Immediately after Independence understandably the agricultural production was quite low due to the primitive methods of farming.

Gradually, Agriculture took predominant space when Five-year Development plans were prepared in 1950. But in the 1960s the real push came through because many new programmes were initiated and people gained the confidence to make investments in this sector. From here on the progress in the farming sector was steady.

In the early 70s, by setting up The Food Corporation of India, the then Govt. assured a market for the farmers along with higher MSP for the food grains.

It’s certainly beyond question that farmers’ life was still not completely palatable but for sure it was going in the somewhat right direction.

Now in a real helter-skelter, the present Government has passed the farm bill 2020 without any debate, discussion, consultation.

Unlike many other bills, where the opposition parties’ retaliation may or may not hold acceptability by the public as it may be perceived as a counterattack for being in opposition.

However, here in the case of Farm Bill 2020, the farmers’ community will be incurring a direct hit with the entry of big industrialists in their market. Thus, not only the farmers from Haryana and Punjab but from every nook and corners of the country are agitating and raising their voice to show their anguish.

The Government is claiming this bill to be a historical handout for the farmers but in reality, this bill will not only favour big corporates but also create a lot of irregularities in the farmers’ market.

There are two issues which are of utmost concern for the farmers:

Firstly getting Minimum Support Price for their produce. Though the government claims that they will keep the MSP but there’s no such guarantee in the bill. If the government can make MSP a legal right for the farmers, then their major concern will be addressed.

It is imperative to give MSP security to the farmers without which they will have a torrid time selling their produce in the markets. There will be price irregularities.

A verbal assurance means nothing as we have several instances where the farmers are bound to sell the produce at a much lower price than announced MSP. For eg, the MSP of Maize for last season was Rs.1750 but it was sold at Rs.850 in Bengal. The ground reality is that only 10-15% of the farmers could manage to get MSP.

Government’s claim to announce MSP is nothing new. Every year by default twice this announcement takes place – one during Kharif crop and second during Rabi crop.

Though the BJP government is asserting that Congress in its 2019 Lok Sabha elections Manifesto had a clause to repeal APMC act, which is true but Congress promised to replace the APMC by creating markets for farmers everywhere, be it small towns or big villages. And since a huge number of such markets were planned, there would have been a market every 3-4 km. This kind of arrangement would have enabled the farmers to get their produce to their nearest market.

Thus to clear the air, the Congress manifesto never contained any such clause which would have opened a window of price exploitation by the private entities.

Accordingly to Congress, the need is to create competitive markets which could be run by co-operative societies, state government and Panchayat.

Therefore, instead of bringing reforms in the existing APMC, this bill talks about creating private mandis. Now the private mandis outside APMC will not have fixed prices, taxes, whereas government established market which is APMC will have to pay for the development tax etc.

Thus, subsequently, the demand at APMC will die down as people would prefer private mandis owned by industrialists.

Though APMC is not a full-fledged security for farmers but it gives them some sort of protection at least.

Of course, the presence of middlemen has never been an encouraging factor but to assume that the private mandis will not have middlemen is fatuous!! Rather middlemen will be more active here as there won’t be any fixed price so they will have more scope to exploit the market.

With the amendment in the Essential Commodities Act, the stockists would get opportunities to stock limitlessly and when the farmers get their produce to the market, they would lower their price. Once farmers finish selling their produce at a lower price, the middlemen will jack up their price. Farmers would have no answers to this kind of market strategy.

I feel the most important thing is – whenever a government frames any policy or act, they need to do so by factoring in the prevailing conditions and state of affairs of our country. In the Western world, these kinds of rules may work because only 5-10% of their population is dependent on farming whereas in India this percentage is around 50.

With this bill our agricultural produce may escalate but the earning of farmers will go down and thus their living conditions will further deteriorate and then we will keep trying to find answer to “वो जो खेतों में बीज बोता है, वो रातों को भूखा क्यों सोता है”?