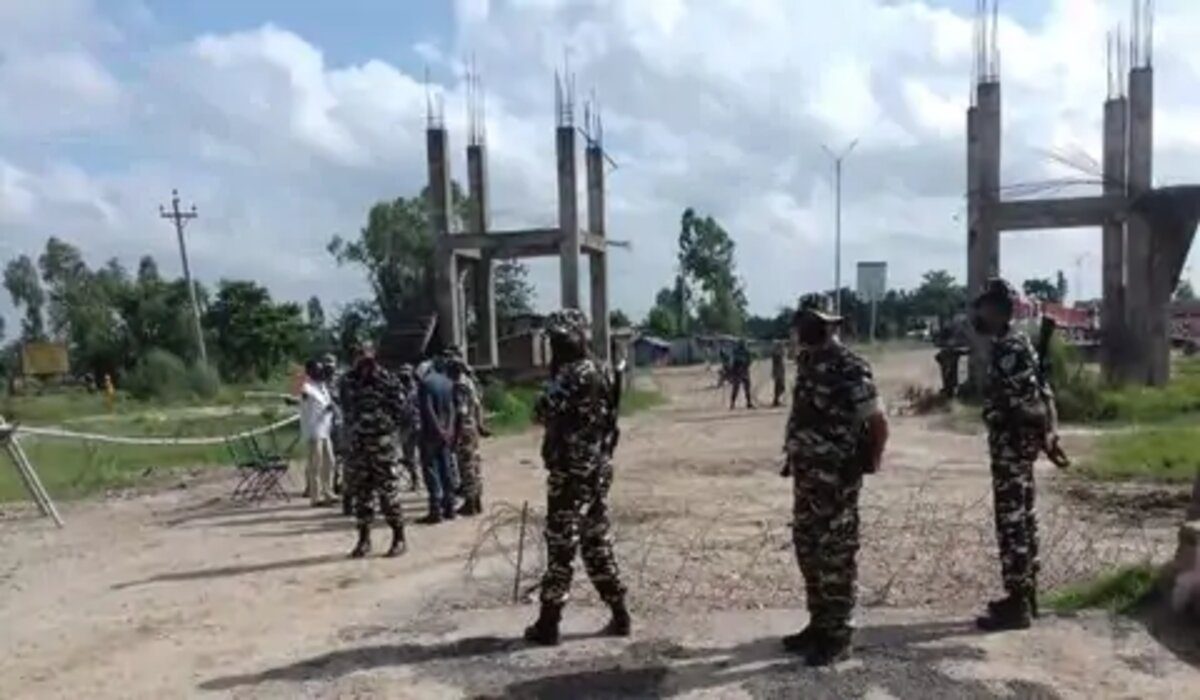 The Nepal Armed Police Force (Nepal Police) on Tuesday stopped the road construction in the Indian territory on the Indo-Nepal Bhittamod border.
The Nepal Police was asserting its claim on 20 meters of Indian territory. The road is being constructed from Bhithamod Chowk to No Mens Land.
After the road construction stopped, the tension started increasing there. Workers and local businessmen, along with construction agency personnel, became furious. Seeing the situation worsening, the soldiers on both sides started to settle on the border.

Naveen Kumar, the second commander of SSB posted on the border, said that Nepal Police has raised objections to the road construction. Even after negotiations, no solution has been found. Information about the entire incident has been given to the preferred officer. Officials of both the countries will talk and find a solution.

Describing the border as twenty meters of land, the Nepal Police stopped the ongoing road construction work from Bhittamod Main Chowk to No Mens Land. Negotiations between the SSB jawans of the Bhitta camp and the Nepal Police could not come up with any solution. Bhitta OP in-charge Rajesh Kumar said that despite taking the initiative, the construction work could not start.