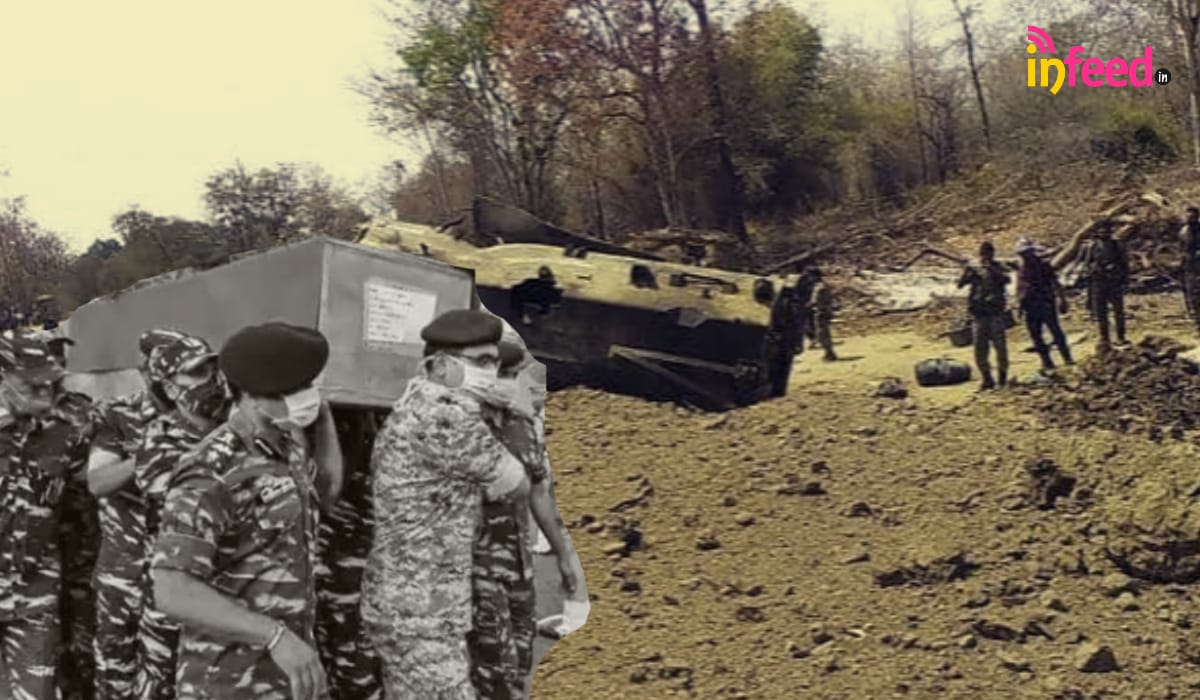 The situation in which the Naxalites attacked the security forces in Chhattisgarh’s Bijapur district on Saturday would raise deep questions not only on our long-term policy of eradicating Naxal but also on the strategy for specific operations to its implementation.

What makes this incident special is not just the number of security personnel killed or injured, although that number also cannot be considered less in any sense. The biggest thing is that it is not an attack on a team going on normal patrol. More than 2000 security personnel were sent on a special operation with a specific target. The operation was based on intelligence received from several different sources.

Preparations for this operation were being made for the last several days under the supervision of senior officials. Despite all this, nothing was found at the place mentioned. It is not that this has happened in a very inaccessible wooded area. The next day the journalists did not have any difficulty in reaching the spot nor did it take much time because the spot is barely half an hour away from the camp and main road.

As the papers Chhattisgarh Vaibhav and Dainik Bhaskar have rightly pointed out, three very senior officers from Delhi have had been camping in the area since three weeks for this operation. It is natural that they must be held responsible for the poor and faulty planning.

The very fact that the men of the forces were taken by surprise, proves that the leadership/planners had no intelligence worth its name about the naxals, their numbers, and weaponry, not to speak of their likely planning.

The latest attack has once again underscored the need to pay more attention to ways to make the operation of the security forces as effective as possible. The third and oldest but the biggest question is the attitude of government and administration towards Naxalism. In the last years, there has been a trend to consider it as a purely law and order problem.

Internal or external inquiries under any government, which are held into such disasters, are essentially hogwash to complete a formality and silence the opposition by telling them that an inquiry has been ordered.

In any case, the reports of such ‘face-saving’ inquiries are also never made available to the junior and middle-level officers.

There is no doubt that no democratic society can tolerate violent methods of change. It is also true that violence efforts have to be strictly crushed. But the reasons for which a particular part of society comes under the guise of those who take violent route, it should also be our priority to remove them and this priority should also be visible to that part of the society.