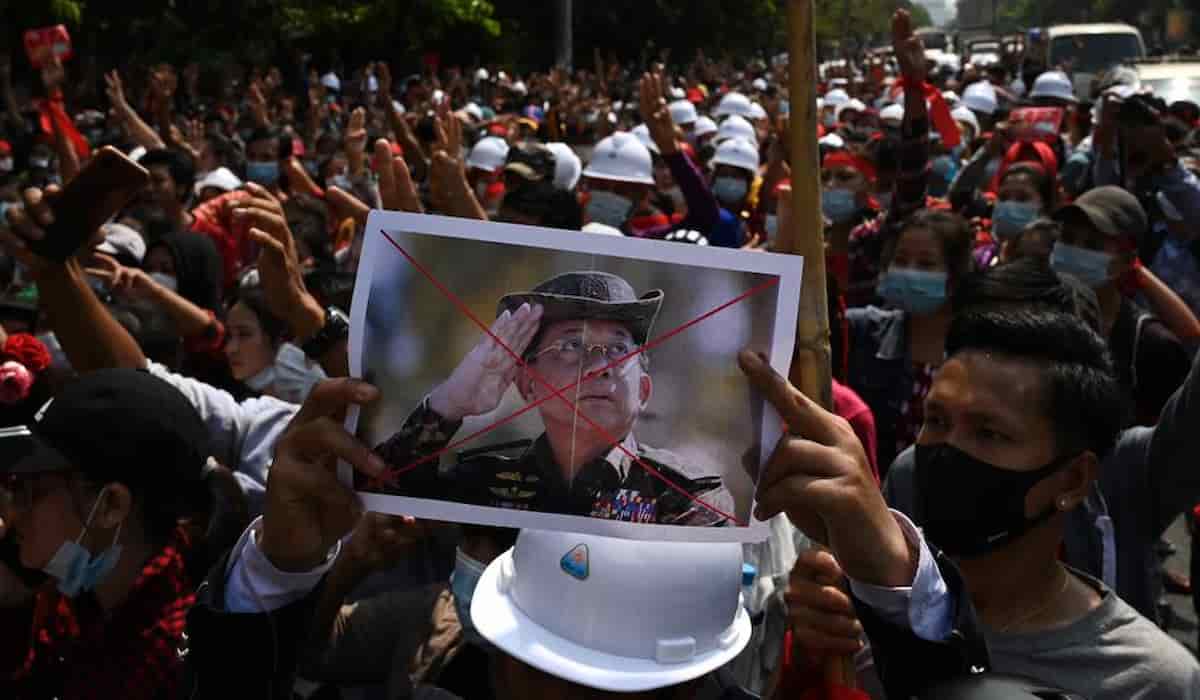 12 people were killed in an armed attack on Saturday following an army coup in Myanmar. The attack was carried out on a convoy of a former prominent body member of the self-governing region of Myanmar. Those killed include nine civilians and three policemen. Meanwhile, the movement against military coup in the country has gained momentum and teachers and students have also joined the protesters.

According to the information, the convoy that was attacked was that of U Khin Maung Lwin, a former member of the Central Executive Committee in Kokang, the country’s self-governing region. Maung Lwyn’s convoy was attacked by 20 members of the Myanmar National Democratic Alliance Army on their way to Lukai from the capital Lashkio.

It also known that eight civilians and five police personnel were injured in the protest. Meanwhile, the army has halted operations against the armed forces till 28 February. On the other hand, the civil disobedience movement has started in Gandhian manner in Myanmar. Under this, teachers and students also joined the movement. He expressed support for Aung San Suu Kyi, the arrested leader at a university in Yangon and others. The protesters put red ribbons on their clothes which is the color of Suu Kyi’s party.

Mara’s military officials have also banned the use of Twitter and Instagram in the country, increasing the scope of social media ban after the coup. A statement said that some people are using these two platforms to spread fake news. Netblocks, which oversees the disruptions and shutdowns of social media platforms, have confirmed that Twitter services have been discontinued since 10 pm. Facebook has already been banned.