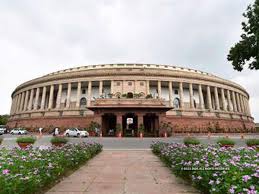 In the fight against corona virus, the central government has suspended the Member of Parliament Local Ara Development Scheme(MPLADS) for two years, which has been criticised by many, including the MPs of opposition parties.

With an allocation of 5 crore of amount per year to each member of parliament, government is spending around 3,960 Cr per year on MPLADS. With this suspension for two years, the government is supposed to save around 8,000 crores in next two years during this time of financial crisis.

What is MPLADS scheme?

Under the scheme, each MP is allotted Rs. 5 crore every year in two installments of Rs 2.5 Crore each, using which he/she can recommend the district authority of the constituency to carry out development works. The fund is directly released to the district authority, which has the responsibility to sanction, execute and complete the development/relief works.

The fund can be spent in creation of infrastructure like railway halts, roads, bridges, building basic amenities like toilets, schools etc. A substantial amount has been used out of this fund on education, creation of drinking water facilities and electricity facilities.

The fund has also been used by many MPs in tough times of natural calamities. Ideally, the fund allocated to a particular MP should be used in his/her constituency, but MPs from non-affected constituency may give up to Rs. 25 lakh to areas affected by such calamities. During Kerala flood of 2018, MPs from both the houses of parliament have contributed around 46 crore towards the relief fund in Kerala from their MPLADS fund.

While, during the current health care crisis, in which few states and districts are severely impacted by the virus outbreak, many believe that MPLADS funds could have helped in filling up the voids in the relief carried out by the respective state governments and the central government.

Congress MP Shashi Tharoor said in one of his tweets that MPLADS preserved the sense of direct responsibility for the well being of constituency, which is considered as a parameter of his involvement in the development work of the constituency. Now, with the money remaining with Center, it will follow the preferences of New Delhi, instead of focusing on local needs of other areas.