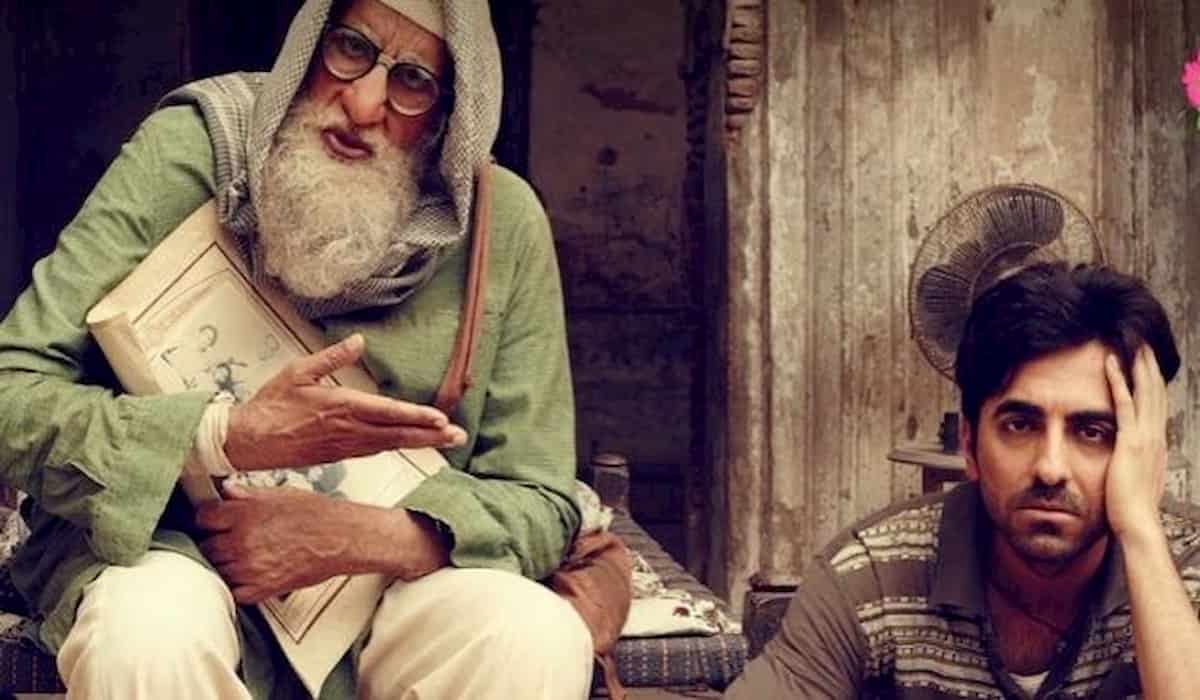 Ayushmann Khurrana and Amitabh Bacchan’s well-known film Gulabo Sitabo was released on Amazon Prime Video in 200 countries with subtitles in 15 languages. The story of Mirza and Banke, two fukers from Lucknow, has been presented by director Sujit Sarkar in a very unique way.

‘Gulabo Sitabo’ will be remembered in Indian cinema for being the first film to hit theaters directly on the mobile screen. However, despite Amitabh Bachchan’s excellent performance, he will not be included in the list of memorable films.

The film’s story revolves around Mirza, a 78-year-old greedy, quarrelsome, stingy and irritable person, whose life lives in that mansion. However, the mansion is the ancestral property of Mirza’s wife Fatima. That is why its name is Fatima Mahal. Mirza is not only greedy either. Steals the old things of the mansion for money. He is waiting for Fatima to die who is 17 years older than him so that he can get the property.

The years-old shabby haveli houses many tenants, one of whom is Banke Rastogi. Banke lives in the mansion with his mother and three sisters who has studied only upto 6th standard and runs the flour mill shop. Banke falls in love with a girl, pushing for marriage. Mirza does not like Banke at all and finds new ways to harass her and wants to evict the mansion.

Writer Juhi Chaturvedi has spent a large part of the film on the plight of these two. But after a certain period of time, this tussle starts to seem dull and boring. The twist in the story comes when Mirza, along with a lawyer, prepares to sell the mansion to the builder.

On the other hand, Banke plans to hand it over to the Archaeological Department by meeting an officer of the Department of Archeology under the greed of the LIG flat. But Begum’s bet spoils their plans and both have to leave the mansion.

Amitabh Bachchan’s nose has been elongated with the help of prosthetic make-up and has been shown in loose kurta and pajamas to make Mirza. He has been seen wearing a skull cap and a thick glass to get a feeling of a 78 year old Mirza.

It is not a challenge for the greatest actor of the century Amitabh to perform such roles. The challenge lies in front of the writer and director. Shujit could not handle this challenge properly this time. Mirza’s character seems to have faded if being compared with Bhaskar Banerjee of ‘Piku’ despite the right getup, make-up and precise body gesture.

At the same time, Ayushman Khurana has worn dirty clothes to play the role of a beau of lower middle class family. Have taken a little belly. Ayushmann has also changed his accent. Amitabh and Ayushmann’s nappy-looking actresses have saved many scenes from getting bored. Srishti Shravastava, Vijay Raaz and Brijendra Kala seem to fit their respective characters.

The glamorous Lucknow had no place in the film’s story while cinematographer Avik Mukhopadhyay has captured the old parts of Lucknow in the camera to its best. Shantanu Moitra’s background score is simple.

Shoojit, who directed Amitabh Bachchan in ‘Piku’ and Ayushmann Khurrana in ‘Vicky Donor’, dagged in ‘Gulabo Sitabo’. Despite being with both actors, the film is much weaker than Vicky Donor and Piku.