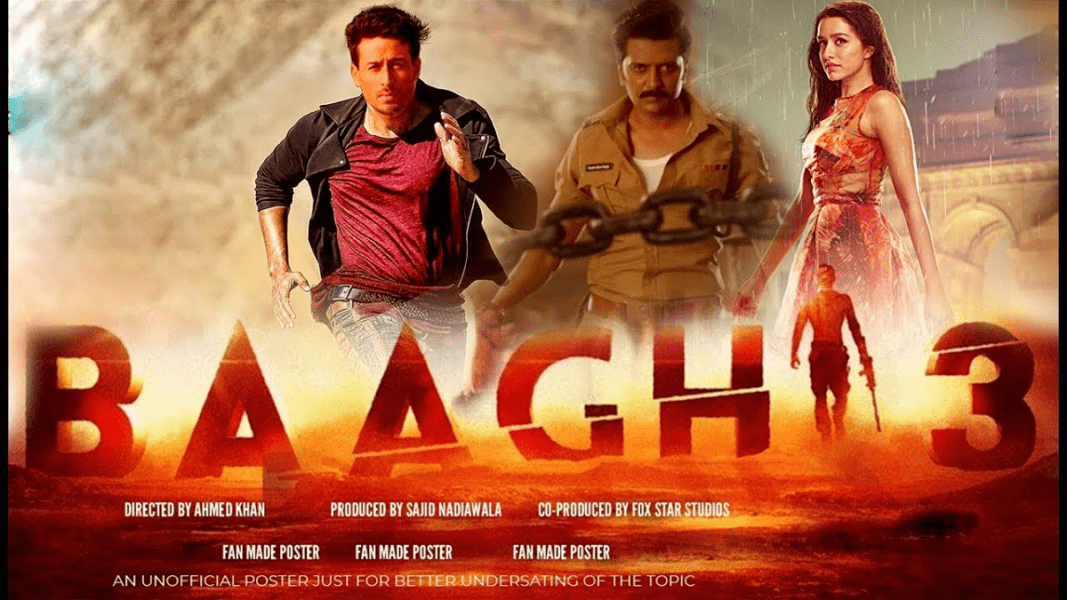 If Rohit Shetty blows a car in his films, director Ahmed Khan goes four steps ahead to blow up the bike, car, train, cannon, helicopter in Baaghi 3. Well, the story of the two brothers starts in India and reaches Syria, where Ronnie (Tiger) becomes a rebel to protect his brother (Ritesh), single-handedly facing Jaish-e-Lashkar, the world’s largest terrorist group.Ronnie, who kept his brother from all trouble since childhood, says- “Mujhe aati hai to me chhod deta, mere bhai per aati hai to me fod deta (If I come, I leave, but if I come on my brother I break)” .. now whether he will be able to save his brother from Syria or not , The whole story revolves around this.

Movie story
Honest police officer Pratap Singh (Jackie Shroff), while dying, takes a promise from his younger son Ronnie (Tiger) that he will protect his elder brother Vikram (Ritesh Deshmukh) throughout his life, always with him as a shadow. Therefore, since childhood, there has been a tremendous bond between the two brothers. When Vikram is caught in any trouble, Ronnie is present to kill the goons as soon as he makes a sound. Ronnie, with six pack abs and a great attitude, can wipe out five, ten Kya thirty-forty goons simultaneously. Instead of father, elder brother Vikram gets a police job in Agra. Everything is going well in the lives of the two brothers, when suddenly Vikram is kidnapped by the Jaish-e-Lashkar militants in Syria. After this incident, Ronnie sets out on a mission in a rebellious manner and vows to rescue his brother anyway.

Casting
There is no doubt that Tiger Shroff is currently Bollywood’s most powerful action hero. After Baghi, Baghi 2, now in Baghi 3, he is very much frozen in the role of Ronnie. Director Ahmed Khan has also taken full advantage of being Tiger his side and has put all kinds of action-stunts in the film.Tiger appears weak in sensitive scenes, but the next moment he wins hearts with his action. Ritesh Deshmukh, who became elder brother Vikram, was given a very important character, but except for a few scenes, his gesture seems boring. The character of Shraddha Kapoor and Ankita Lokhande has not been given any specific outline, hence, they do not even remember after the film. Jamil Khauri has done a good job in the role of Abu Jalal, the leader of the terrorist group Jaish-e-Lashkar.

Direction
Ahmed Khan thought of creating an action spice and created the same. The film is effective in terms of action and stunts, designed by Ahmed Khan himself. But the screenplay is very weak. Some scenes in first half seem extremely boring. The film moves forward between the family drama and the love story, but the second half is completely on Tiger’s shoulders. To make it as an action film on a large scale, the director has used bikes, cars, trains, cannon to helicopters.But I wish some attention would have been given to writing as well. The dialogues written by Farhad Samji are mediocre.

To see or not  to see
If you are a fan of Tiger Shroff and the rebel franchise, then this is a bang for you. Outside of weak story and acting. Ahmad Khan has introduced Bagi 3 by making it a fully action spice.  3 to 2.5 stars from Infeed.