Mismanagement of Covid-19 Pandemic in India

Mismanagement of Covid-19 Pandemic in India 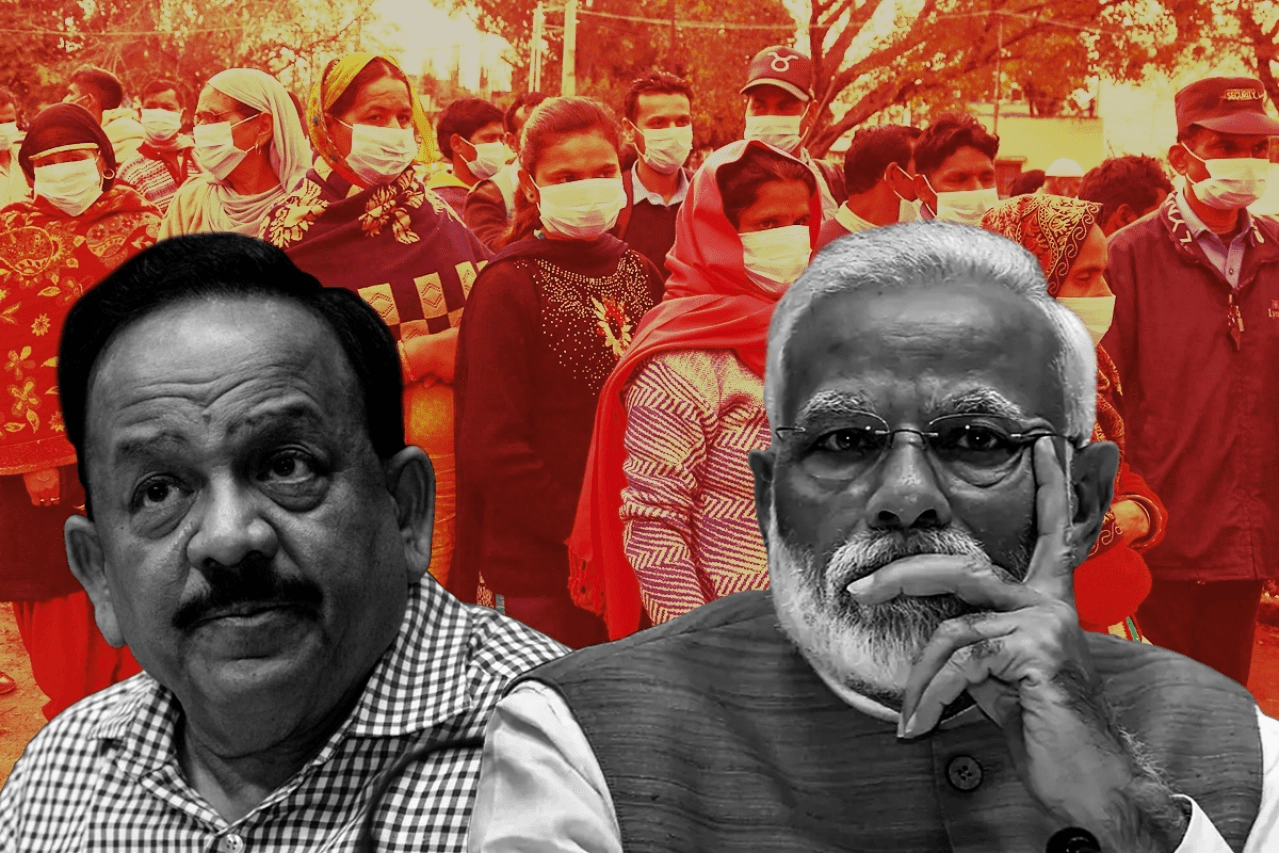 The first case of COVID-19 in India was detected from Kerala on 30thJan2020 .The NDA government constantly misled the people, saying that people coming from countries like Thailand, Italy, Spain  and other countries were screened effectively for the presence of virus. Here the screening done at the airports were only via thermal screening which detects only the elevated body temperature particularly for the people who came from Italy, where the spread of virus were at surge. They were not even quarantined nor their blood samples tested, yet the government lied to the people that all is well.

Despite the timely warning given by the congress MP Mr. Rahul Gandhi on 12th Feb20 20, about the impending danger about to come, the government rubbished his warnings and did not take prompt action in preventing the spread of disease. If government would have taken right steps in preventing the spread of the virus from entry level itself, this tragedy could have been prevented. This was the only easiest way to prevent virus from entering into the country, just like countries like New Zealand and Australia did.

It was on 11March2020, when WHO declared COVID-19 as global pandemic, the health ministry of India on 13March2020 pronounced that corona is NOT a health emergency, hence no need to panic. Lockdown was intentionally delayed because it was in the interest of toppling the MP government. Finally after the task was completed the lockdown was announced on 24thMarch2020, when the number of corona cases was around 500.

Due to sudden imposition and without prior intimation of lockdown the migrant labours primarily from Bihar and Uttar Pradesh working in other states were left clueless. Since most of the labours were daily wage workers, they were left to starve indefinitely and there were no trains or buses to reach their hometown, which made this people to take this awful decision of walking miles to reach their hometown.

EXODUS OF PEOPLE TO THEIR HOMETOWN

Histories have witnessed people migrating from continents in search of livelihood and better living. This was yet another lively example that witnessed stray of humans walking hundreds of miles across the streets to reach their hometown. About 300 people lost their lives due to accidents, starvation, harsh temperature, suicide, exhaustion and denial of emergency health care.  In 21st century it is quite hard to even believe and beyond the human understanding unless images and videos to prove. My heart is still heavy to narrate, whose memory would be a never ending trauma that will ringer all through my ages.

COVID-19 has simply torn out the skin, explicitly exposing the healthcare system in India. Starting from the PPE kits to ventilators, ICU beds, oxygen supply, testing centre and no of doctors to patient ratio, everything was down the shortage that led to surge in no of deaths.

According to the Centre for Monitoring Indian Economy (CMIE) 1.89 crore salaried people have lost their jobs since April 2020 and the rate of unemployment is at its peak in the last 40 years. There is no denial that the poverty in the country will worsen and according to UN’s international organization (ILO) by April 2020 about 400 million workers from informal sectors are likely to be pushed into the poverty. According to RBI governor, the GDP growth in 2020-21 is expected to be in the negative pattern and non performing assets that is Gross NPA is expected to rise from 8.5% to 12.5% by March 2021.

Corona would have prevented if lockdown had implemented early in January by not allowing the entry of foreigners inside India, even if had allowed proper screening like blood testing, quarantining people from exposure would have served as the primary and most successful step in curbing the spread of  deadly virus.

Lockdown should have implemented in the last part of January or in the start of February of this year.

If NYAY scheme been implemented, people would have had adequate money at least not letting them starve and migrant crisis could have been prevented.

Market and other essential groceries should have let open as usual, it is because of the time restriction that created chaos and unwanted tension among the people that lead to thronging of people one over the other, that lead to even more rapid spreading, rather than controlling its spread.

It is too late of what could have been done to handle this crisis, because we were ineffective in both curbing the spread of the virus and upholding the fall of economy.

For the vaccines to reach the people, it will take roughly another 6 months. Economy is already gone, so the only choice left with us now is to prevent the spread of the virus. Rapid testing, contact tracing, improving the healthcare personnel, maintaining sufficient oxygen cylinders can do better in hospitals.

Our focus should be now on healthcare and we should restart the economic activities so that we can prevent the disaster in the upcoming days.