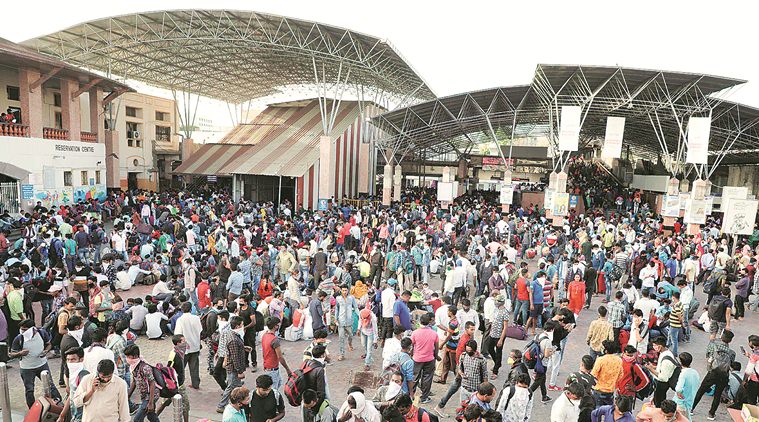 Many people including migrant laborers, students and tourists are still stranded in various parts of the country due to the Corona lockdown. In such a situation, there is news of relief for those who want to turn to their states. Government of India has issued an order to facilitate interstate travel to evacuate stranded people in the states / union territories. According to this new order of the Ministry of Home Affairs, all persons should be medically examined and quarantined before they are brought home.

GoI issues order to State/UTs to facilitate Inter-State mvmt of stranded people inc. #MigrantLabourers, in the country.
All persons to be medically screened at source & destination; & kept in home/institutional quarantine on arrival, as per @MoHFW_INDIA guidelines.#COVID19 pic.twitter.com/4zfztwB2NA

These guidelines came from the government at a time when the second extended lockdown period is going to end on May 3 but there are still new cases of corona virus infection from many parts of the country. Earlier, Maharashtra Chief Minister Uddhav Thackeray had demanded from the Central Government that for the migrant laborers who are stranded there, the Central Government should arrange to go to their home and facilitate the train.

3- Screening of any person before sending it, and if it is found completely correct, it should be approved to be sent.

4 – Migrant laborers, passengers and students should be sent in groups only by bus. Just sanitization should be done before sending. Not only this, social distancing should be followed while traveling.

5-The state or Union Territory falling in the way will give way for the state where this train is going.

6-When a person reaches his destination, it is the responsibility of the local health department to keep him in the home quarantine. During this, his health checkup should be done. The person should be encouraged to use the Arogya Setu App so that his health status can be monitored as well as it can be tracked.