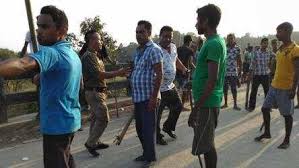 In Meghalaya’s East Khasi Hills, two persons have died during a clash in protest against the Citizenship Amendment Act. After this curfew has been imposed in Shillong city and internet service has also been stopped.

On Saturday morning, there was a clash between members of the Khasi Students Union (KSU) and non-tribal groups in Bada Bazar area of ​​Shillong in which both the people died. One of these deceased has been identified as the leader of the Khasi Union.

The clash took place during a procession being taken out on the issue of Citizenship Amendment Law (CAA) and Inner Line Permit (ILP).

At least six people were also injured in the blows during the clash. Currently the situation is very tense there.