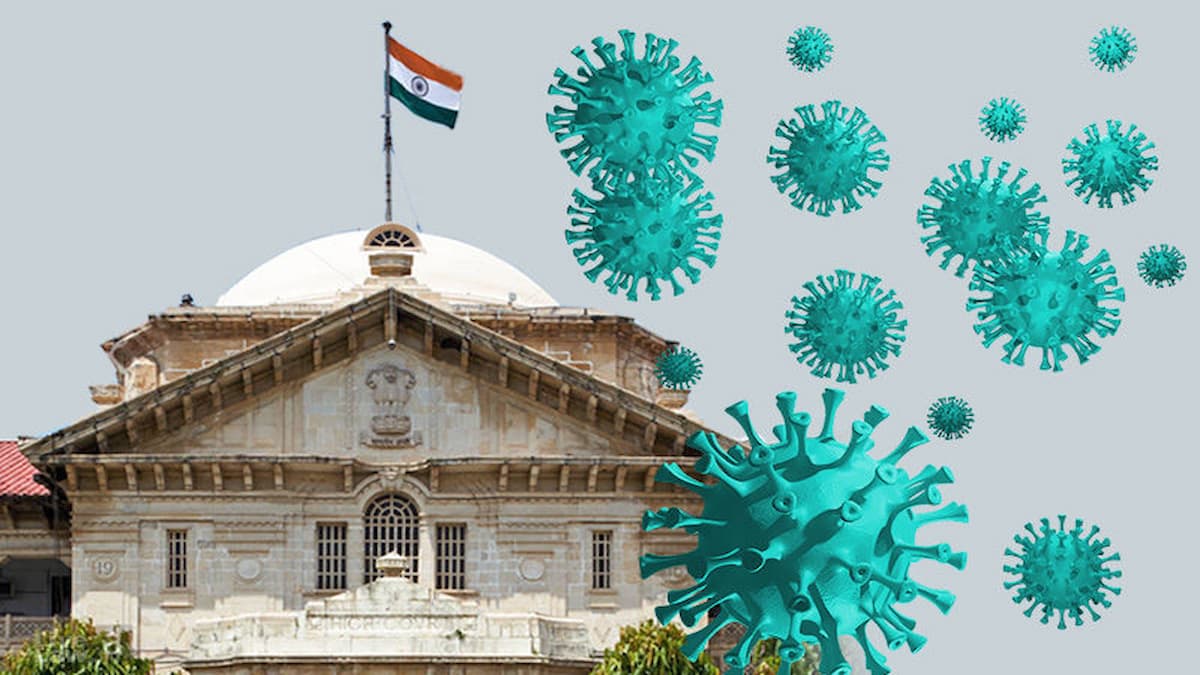 A two-judge bench of Justice Siddharth Varma and Ajit Kumar of Allahabad High Court termed the health infrastructure of UP’s smaller towns and villages as “Ram Bharose” (at God’s mercy). This has been quoted regarding the deteriorating state of health infrastructure during the second wave of the pandemic.

The two judge bench of Allahabad High Court were hearing an ongoing petition, demanding better care for Covid patients in the state, when they made the observation – UP’s “entire medical system”,  pertaining to smaller cities and villages, can only be taken to be like a famous Hindi saying ‘Ram Bharose‘ (at the mercy of God) “.

The court noted the submissions of a three-member committee that looked into the alleged disappearance of a patient from the district hospital in western Uttar Pradesh’s Meerut town in April.

The patient, Santosh Kumar, the court observed, was indeed admitted to the hospital and had collapsed in a restroom. He was then “brought upon a stretcher and efforts were made to revive him, but he succumbed”.

It was further observed that his body was disposed of by doctors and medical staff as that of a person who was “unidentified”.

“It comes out to be a case of high degree (of) carelessness on the part of the doctors who were on night duty,” it has been underlined.

The court also made observations on the state of medical care in Uttar Pradesh, saying: “So far as the medical infrastructure is concerned, in these few months we have realised that in the manner it stands today, it is very delicate, fragile and debilitated.”

The court also added: “When it cannot meet the medical requirements of our people in normal times, it definitely had to collapse in the face of the present pandemic.”

In its hearing, the court also used an example from western UP’s Bijnor district.

Taking note of the state government’s submissions, the court said: “To our utter surprise there is no level-3 hospital in district Bijnor. The three government hospitals have only 150 beds, whereas the total of number if BIPAP machines is 5 and High Flow Nasal Cannula is only 2”.

“If we take the population of rural areas to be 32 lakh, since there are only 10 Community Health Centers or CHCs, so one health centre has the load of 3 lakh people and against 3 lakh people it has only 30 beds. Meaning thereby, one CHC can cater the need of health care to only 0.01 per cent population and there is no BIPAP machine (a type of ventilator) or High Flow Nasal Cannula available.”

Uttar Pradesh has logged 16.19 lakh coronavirus cases since the pandemic broke. Last month, daily infections rose above the 20,000-mark. Even as the state government insisted there was no shortage of medical oxygen or other resources, critics alleged patients were struggling due to lack of proper healthcare facilities.