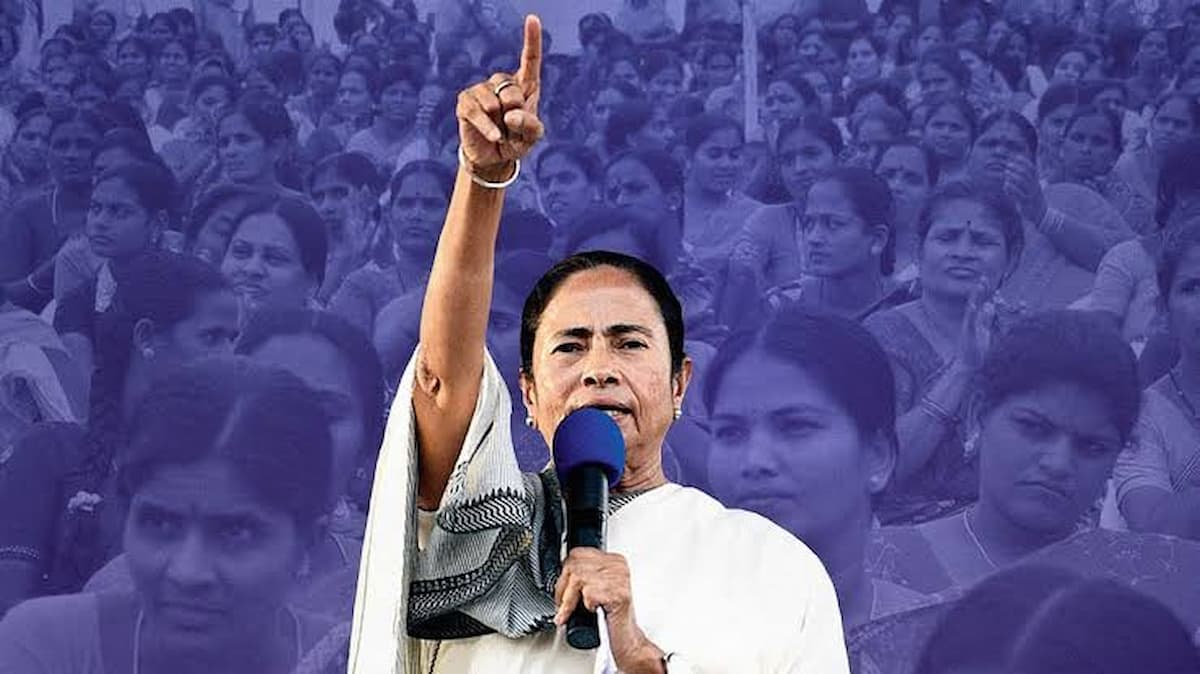 Mamata Banerjee-led Trinamul Congress has once again turned Bengal green, sweeping away the mighty saffron brigade, led by Modi-Shah. Almost all the TMC turncoats, who contested on BJP tickets have been defeated. Trinamul Congress is coming to power in West Bengal for the third time in a row with a sensational absolute majority. Yes, you hard it right. It was not a cliffhanger, nor was it victory by chance. TMC’s tally of 219, compared to BJP’s numerical strength of 71, and a vote share of nearly 50 per cent against BJP’s vote share of 36 per cent, certainly marked am emphatic and impressive victory. It is even more impressive, when one considers the pre-poll aggressions shown by the BJP topbrass– breaking away TMC by all means, deputing more than a dozen union ministers and central leaders to Bengal, sending out investigating agencies’ notices to TMC leaders and candidates, the EC tirades, sending an unprecedentedly large central force to conduct polls, Prime Minister and Union Home Minister Amit Shah holding an unusually large number of election rallies (more than 50) and last but not the least, launching a high voltage, opulent poll campaign. The Congress-Left-Indian Secular Front combine turned out to be irrelevant with just 1 seat. The only face saver for the saffron brigade has been the victory of Suvendu Adhikari defeating Mamata Banerjee at Nandigram albeit with more questions than one. Because EC had first declared Mamata to be the winner.
As the BJP apparatchiks set out on a fact finding mission, analyzing the reasons for its electoral debacle in Bengal, one thing that is absolutely clear is that the stormy petrol from Bengal will now emerge as arguably the most serious challenger to Mo-Shah’s leadership at this point in time. The first positive impact of TMC’s spectacular victory in Bengal may be seen and felt in the neighbouring Tripura, where the erstwhile dissident TMC and Congress leaders (who had once switched over to BJP) may get spirited and inspired to come back to TMC’s fold and try to topple the Biplab Deb (BJP) government. Although it may sound little too far-fetched, such a possibility cannot be ruled out altogether.    Prashant Kishore, or popularly known as PK, TMC’s poll strategist, has certainly emerged as the best non-playing captain, with his oft-repeated prediction of more than 200 seats for TMC.
In the ultimate analysis, defeated are: politics of arrogance, politics of over confidence, politics of appeasement of turncoats, politics of opulence, politics of theatrics, politics of rhetoric, politics of taunting, politics of hatred, politics of pressure tactics, ‘the barmuda politcs’, armchair politics and armchair political analysis.
Some may point at the defeat of  incumbent chief minister Mamata Banerjee in the hands of Suvendu Adhikari at Nandigram. However, one must remember that her decision to contest from Nandigram and thereby take on Adhikari head-on, brought back the fighting spirit among the party rank and file. She may not have won Nandigram for herself, but won the state for her party. While TMC managed to more or less consolidate the minority voters, it has been not so with the BJP, when it comes to Hindu voters. BJP also had to pay heavy price of not projecting any face, parallel to and matching Mamata’s acceptability, popularity and acumen. BJP fared poorly in the sixth, seventh and eighth phase of polling as the perceived mismanagement of the Covid and vaccine crisis by the Modi government left a negative impact on the electorate.
For the time being, BJP leadership would be spared of the daunting task of choosing a chief minister and ‘n’ number of chief ministers!!! Let us hope that the state is spared of politics of violence….not just for the time being, but once and for all.