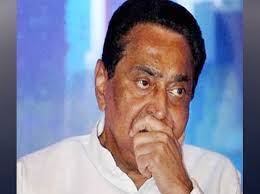 BHOPAL: Operation Lotus has begun after 14 months of formation of the Congress government in MP.

The BJP is making an all-out effort to topple the state government to win two Rajya Sabha seats.

Ten Congress legislators are in contact with the BJP. The Congress, too, is not lagging behind.

It has launched ‘Operation Panja’ to counter the BJP’s move to oust the Kamal Nath-led government. As part of its plan, the Congress has contacted six BJP legislators.

The Congress legislators, the BJP is in contact with, are from Gwalior, Chambal and Bundelkhand.

It is reported that some of the legislators from those areas are in Delhi. In order to show its strength before the Rajya Sabha elections, the BJP is trying to woo those MLAs.

The Congress legislators who are reportedly in touch with the BJP leaders belong to the factions of former chief minister Digvijaya Singh and former MP Jyotiraditya Scindia.

Accordingly, the Congress is keeping an eye on the party legislators. The ministers have been asked to keep in touch with the MLAs.

Nath is also contacting the disgruntled party legislators. Sources said some of the Congress MLAs’ switching off mobile phones has caused more doubts.

The Congress too is keeping an eye on six BJP legislators. The party is trying to woo those MLAs. Chief Minister Kamal Nath is in direct touch with two BJP MLAs, Sharad Kol and Narayan Tripathi. Besides, the party is in contact with BJP MLAs, Rajesh Prajapati (Chandla), Manisha Singh (Jaitpur), Rakesh Giri (Tikamgarh), Shivnarayan Singh (Bandhavgarh).

Congress MLA from Sabalgarh, Baijnath Kushwaha, alleged that the BJP had offered him money and a ministerial berth. Kushwah reached the residence of GAD minister Govind Singh and alleged that BJP leader Pramod Sharma had offered him Rs 25 crore and a ministerial berth. Kushwah said he had the recording of the offer made to him. Kushwah said Sharma had met him a month ago and made the offer.

Amidst the talks of toppling of the Congress government, former chief minister Digvijaya Singh twitted that the BJP began to take SP and BSP legislators to New Delhi. BJP MLA, Bhupendra Singh, took BSP legislator, Rambai, to Delhi on a chartered plane. He wanted to know whether Shivraj Singh Chouhan had anything to say about it. Singh also wrote that he had full confidence in Rambai who appreciates the work of Kamal Nath and would continue to support the government.