Love thy dystopia, By Radhika Barman

Love thy dystopia, By Radhika Barman 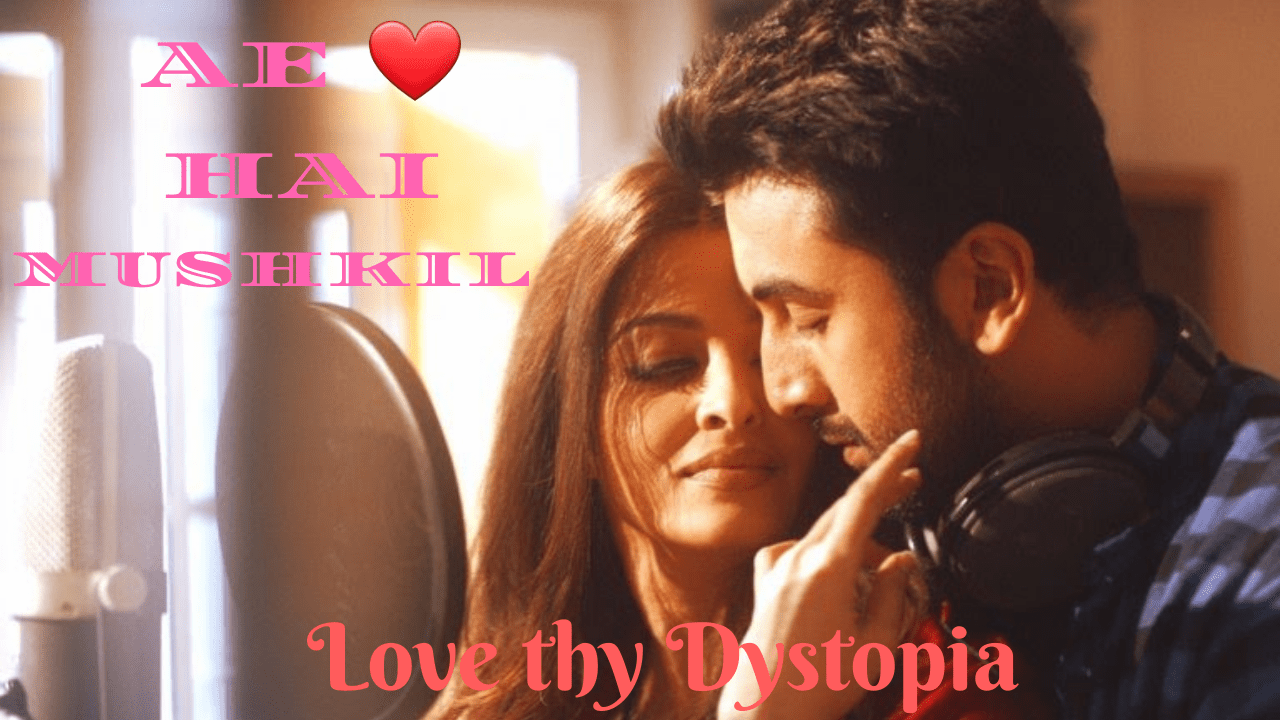 Love hurts is the universal truth which mortals must understand for love is immortal. Generations pass , humans made of flesh and blood and bones die but the love shared between the two drunken mortals in the vague of infatuation remains inscribed in walls of monuments, we know.

Be it the fear of rejection, introvert attitude, politeness or confusion, it is always too late. The 2017, movie ‘Ae Dil Hain Mushkil’, was completely based on this idea.

Thought of sharing how my life was impacted by the movie. My story is that of a homosexual one, fated with it’s tryst to be a one sided one.

There’s a girl called, Arundhati, who curly winding brown locks gambols with the wind. Upon it’s supposed fairness, it was subjected to frequent confusions by the society to be a wig made from the hair of another person whose now in grave. For love is wanderlust of youngsters, I fell in love with her.

We were the best of friends in our college days. We were science batch mates, and trust me our chemistry was better than the disgusting periodic table. After class gossips, chai break dates, and of course movies were regular recreations enjoyed by us.

The outward adornment is only the deceitful shore of a very dangerous sea , with the beautiful scanf being hidden with a dark skinned lady . She was judged and bullied because of her dark complexion. It didn’t bother me though.

For the last 5 years I was with her. Certain extra closeness and intimate gestures indicated me that her love for me was beyond the hues of friendship.

My family members had a transferable job. Hence, we got shifted out of Calcutta for the last 2 yrs . However, my mobile got lost and her number went out of trace. There was no way I could contact her. I missed her a lot.

After I came back, I thought to go on a trip with her. I met her and to my surprise she agreed to go with me on a trip. Thus, one day , we both on a trip to Shimla, where in the midst of mountain glory and freezing cold , I proposed her with her favorite flowers. She thought for a while and then replied, ” In this world of miseries, love is the only thing that can cure our miseries, but for anyone who falls in love, has to pay a price for it. Thou shall love someone, for thy shall just be an illusion. ” I said, “Arundhati my love, listen…” to which she interrupted and said, “love is that sweet barrier that separates friendship. “. I then asked her, “if you weren’t homosexual then what were those intimate gestures for ? If you had not loved me then why did you illustrate that our relation is more than just love?”

Amidst mystification, she left, handing over a card, that read,
” Dear, I knew you were about to propose me, so I had written this card before in advance. Yes, I did indicate to you the fact that I was a lesbian, infact , I was never confused about my orientation back then. I would have agreed to be in a relation with you had you not left me for a span of two years without any contact. I don’t know why, you didn’t contact me. Anyways, let me tell you something, I felt hurted and being betrayed, eventually, my feelings for you had got faded. Times passed and I met someone else. In fact, presently, I am in a relation with her. Radhika, you know, there is something though it’s not love which tells me that I do not want to lose you. And as you know, hatred would not have given an advice like this. Therefore, the least I can say to you, is to move on, for it to be a one sided love. ”

Broken and devastated my tear filled eyes became the stream of a watery death bed where my heart lied, being spread over vague memories of a love which in reality was infatuation for Arundhati. Suddenly, my mobile rang, it was call from my sister who asked me to come home as fast as possible, as we were going to have a dinner party that night.

Some how , I managed my emotions and returned back home. My father announced that, he has purchased a home theater recently, and would have been delighted if all of the guests had watched a movie there. Everyone sat down in the couches waiting for the movie to begin. Then the movie began, and to my surprise it was ‘Ae Dil Hain Mushkil’ in a situation when my Dil was actually in a Mushkil state. I watched the movie, and the lines of the movie were heart touching, especially when Alizeh left Ayan after getting reunited and the dialogues Ayan had said, about Alizeh to the interviewer, had impacted me. Pyaar Mein Junoon Hai, Par Dosti Mein Sukun Hai. Main Kabhi Nahi Chahti Ki Hum Dono Ke Beech Jo Sukun Hai Woh Chala Jaae. Made me realize about our psychological obsession over love , for friendship becomes less significant in this case.
Aapke Ansoon Bade Wafadar Hain, Aapki Ijazat Ke Bina Bahar Nahi Nikalte was another dialogue. I felt , that I shouldn’t be so afraid of being hurted from being love. It will heal. We youngsters , often forget that we must not be afraid to love in future because it hurts. I felt, sometimes, its better to move on and be a relationship with myself. When you get the person you love, you tend to get bored by it and your love becomes fragile. Let your love be infinite and intangible which it originally is and was, in our efforts to metamorphosis it to an utopian tangible state, we are gifted with one sided love stories, where we don’t understand the other person’s consent.
Thankyou for reading this piece,
Ending this on ae Dil Hain Mushkil’s dialogue, Ajeeb kahani hai pyar aur dosti ke bich ke ristey ki…..Pyaar hamara hero…Dosti hamari heroine.