Long Live Amazon of the East

Long Live Amazon of the East 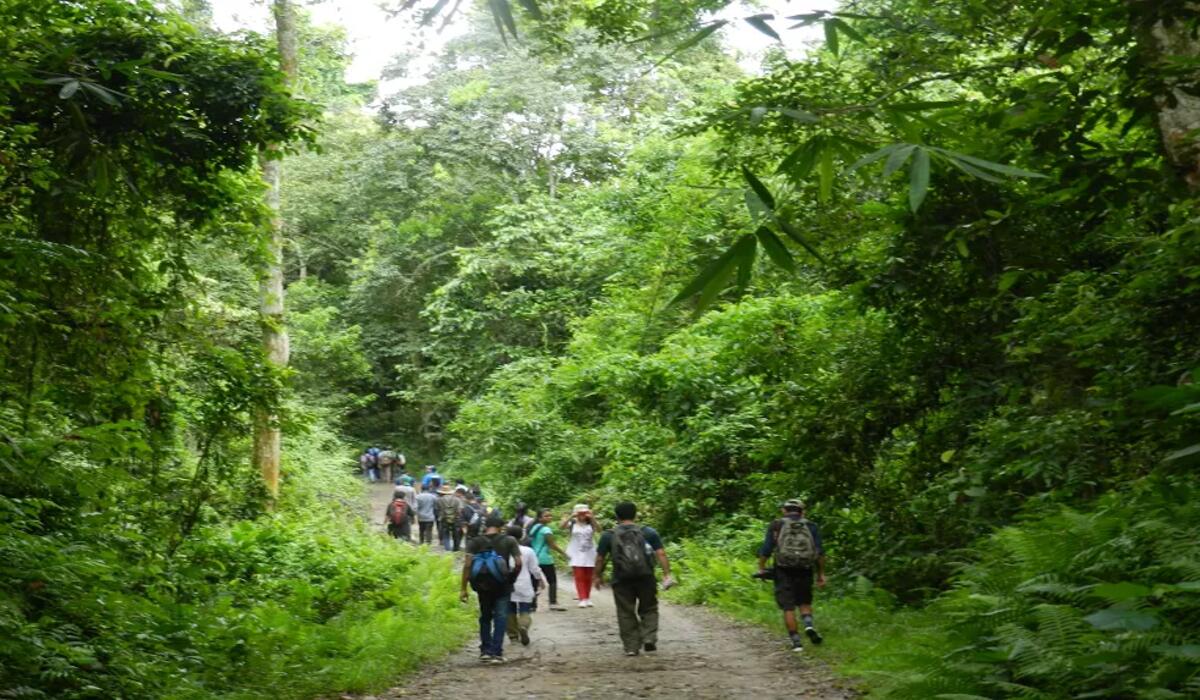 Environmentally conscious people of Assam often test success and the recent decision of Assam government to upgrade a wildlife sanctuary to a national park signifies their achievement. Public outcries against the approval of open-cast coal mining in a forest land invited extensive media attentions. Social media users spread the message of movement almost around the world as it was linked to the Amazon of East.

The uproar at the time of nationwide Covid-19 lockdown started in the alternate media with a mission to safeguard a forest reserve, where a large numbers of environmental enthusiasts, celebrities, social activists, media personalities, conscious individuals, etc of the country joined in it. The ignition erupted to oppose the lease for extracting coal in Dehing Patkai Wildlife Sanctuary by the Union government in New Delhi.

An initial apprehension was that the new lease for coal mining would destroy the sanctuary inside the designated Dehing Patkai Elephant Reserve (with area of 937 sqkm) lying under the Eastern Himalayas and the Indo-Burma global biodiversity hotspot, which is termed as Amazon of the East. Most of the agitators found it difficult to understand why the mining was approved inside a sanctuary, which is legally protected under India’s Wildlife Protection Act 1972.

But soon an active conservation group named Nature’s Beckon came out with strong statements that the movement was not based on facts as Dehing Patkai sanctuary was totally safe and there was no mining proposal inside the rainforest. Soumyadeep Datta, who leads the influential group, clarified that the Saleki Proposed Reserve Forest, where conditional mining was approved by the Centre is far away from Dehing Patkai sanctuary. Later the State government in Dispur also authenticated the fact.

Datta  released a video statement asserting that some elements were misleading the people with wrong information about the mining of underground coal inside the sanctuary. He pointed out that those motivated elements played words while cunningly shifting its focus from Dehing Patkai wildlife sanctuary to Dehing Patkai elephant reserve. They kept on hiding the vital information that coal mining was legal under any elephant reserve as it is not protected under the wildlife protection laws.

Earlier, a good number of campaigners raised their voice to preserve the sanctuary through their posts on Instagram, Facebook, Twitter, etc with slogans like ‘I am Dehing Patkai’, ‘Save Dehing Patkai from Coal Mafia’, ‘Save Amazon of the East’, etc. They tried to convince the people that the sanctuary was in danger because of the proposed mining as it would make a negative impact on biodiversity, water and land resources. Not only the rainforest along with its wildlife, they argued, the mining would create troubles for various ethnic communities living around there for centuries.

Members belonged to the All Assam Students’ Union, Krishak Mukti Sangram Samity along with other civilian outfits, opposition political leaders, defenders of nature and non-government organization activists that launched the online campaign arguing that it was difficult to organize immediate visible rallies because of the countrywide shutdown. Even the banned armed outfit named United Liberation Front of Assam (Independent) also came out with the threatening statement to attack anyone who would come for mining there.

A group of 300 conscious citizens of Northeast India also wrote to the central environment and forest ministry expressing concerns over the approval of coal mining at 98.59 hectare of land inside Saleki reserve forest under Dehing Patkai elephant reserve. They claimed that the mining in Dehing Patkai forest region would severely affect ethnic groups like Tai Phake, Khamyang, Khampti, Singpho, Nocte, Ahom, Koibarta, Moran and Motok, Tea-tribes, Burmese and Nepali speaking people, among others in their livelihood and existences.

The history of open-cast coal mining in Saleki locality is a century old story, where the government run Coal India Limited (CIL) continues extracting coal for national needs. The coal authority maintained its operations in northeastern region through North Eastern Coalfields, which came into existence in 1975 with its headquarter at Margherita of eastern Assam. The current lease of CIL expired in 2003 and it applied for the renewal of the lease.

However, CIL was unable to get the clearance till 2012 even though it simultaneously carried out mining in the area for all these years. Lately, the state government under its forest regulation Act 1891 imposed a penalty of Rs 43.25 crore on CIL for the unauthorised mining inside the elephant reserve between 2003 and 2019. The CIL applied for the lease in 2013 and again in 2019 to mine at Tikok colliery, which was forwarded by the Assam government to the Centre.

Reacting to public outcries, the Assam’s Environment and Forest Minister Parimal Suklabaidya, who visited the location following the direction of Assam Chief Minister Sarbananda Sonowal, clarified that the concerned mining field is not a part of Dehing Patkai sanctuary. He also stated that the mining was not approved in Tikok colliery since October last year and the authority seized around 5,000 metric ton coal from that location by the end of 2019.

Standing Committee of the National Board for Wildlife under the Union environment & forest ministry gave a provisional clearance to extract coal in its last meeting held on 7 April 2020 under the chairmanship of Union Environment, Forest and Climate Change Minister Prakash Javadekar through the video conference arrangements as the pandemic lockdown continued.

However, the meeting put many conditions to the coal authority under the Forest Conservation Act 1980. Coal India Ltd. (CIL) and the Assam’s forest department have to fulfill 28 conditions and the compliance report would be placed before the union government for Stage-II clearance. Only after the clearance, coal mining operations could start. Presently a conditional clearance was granted to the coal authority, added the minister.

Meanwhile, some advocates and environment enthusiasts knocked the door of Gauhati High Court for its intervention against the clearance. The court issued notices to the union and state governments and the CIL along with other stakeholders for their responses. Lately the coal authority had temporarily suspended all mining operations in Margherita locality since 3 June.

Even though there was no place called Dehing Patkai, the State government in Dipsur declared a patch of rainforest with 111.19 square km area as Dehing Patkai Wildlife Sanctuary on 13 June 2004. The nomenclature was derived from Dehing/ Dihing river (that flows through it) and Patkai hills (which supports the forest). Nature’s Beckon, which launched the rainforest conservation movement proposed its name as Joydehing Wildlife Sanctuary, which was anyway ignored by Dipsur.

The sanctuary on the south bank of mighty Brahmaputra river houses a large number of Asiatic elephants with over 290 species of bird, 50 species of butterfly, 45 species of mammals, 25 species of reptiles, 70 species of fish, thousands of other inspect species, 60 varieties of orchid, etc. Thousands of species of trees like Hollang, Mekai, Dhuna, Udiyam, Nahar, Samkothal, Bheer, Hollock, Elephant-apple, Fig, etc keep the forest cool and humid.

Datta, who is an Ashoka fellow and a member of the powerful Project Elephant Steering Committee, alleged that the former State forest minister Pradyut Bordoloi, now a Congress Parliamentarian, left most of the forestlands under  Dehing Patkai elephant reserve for mining coal-oil, queries, sand-land cutting, logging etc. He claimed that it was because of the influence of coal & timber lobbies, Dispur did not include the entire area under the sanctuary.

Pointing out the  rumour about coal mining inside Dehing Patkai sanctuary was a part of huge conspiracy, Datta asserted that if CIL could be defunct, not only its 20,000 workers would face difficulties, but also the coal mafia (illegal miners) would take advantages out of the situation. The member of Centre’s project elephant committee Datta revealed that the coal has a significant demand for nearly 300 tea-plantations, thousands of brick factories and market places.

Appreciating everyone who expressed concern over mining inside the sanctuary, the nature conservation group reiterates its old demand to protect the entire 500 sq km area of contiguous rainforests under the wildlife protection laws. Publisher of resourceful books like ‘Rainforests of Assam’, ‘Dihing Patkai Abhyaranya’, ‘Namchangor Antespur’ with thousands of  brochures, the group urged the government to expand the territory of Dehing Patkai sanctuary judiciously.