Police have recovered bottles of liquor from the vehicle of Congress MLA Sanjay Kumar Tiwari alias Munna Tiwari of Buxar Sadar in Bihar. The police made the recovery on Wednesday evening during a vehicle investigation at Nagpura in Simri police station area.

Police seized the MLA’s personal vehicle in the case and arrested four people aboard. Sub-divisional police officer KK Singh, who arrived at the scene to inquire about the seizure of liquor from MLA Buxar Sadar’s vehicle, questioned the people. In this case, MLA Sanjay Tiwari said that he had given his car to distribute relief material to the needy, now there is no information about what the people who took the car did and what happened.

In this regard, Simri police station said that smuggling of liquor was reported through the river. After receiving the information, the police team was conducting a vehicle check operation. Meanwhile, a Scorpio was seen. Four bottles of expensive liquor have been recovered after searching the vehicle. Police seized the vehicle and arrested four people, including the driver on board the vehicle. 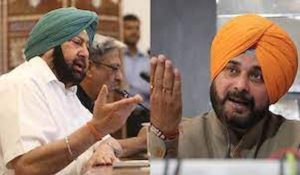