Languages are Not to be Taught, But to be Learned

Languages are Not to be Taught, But to be Learned 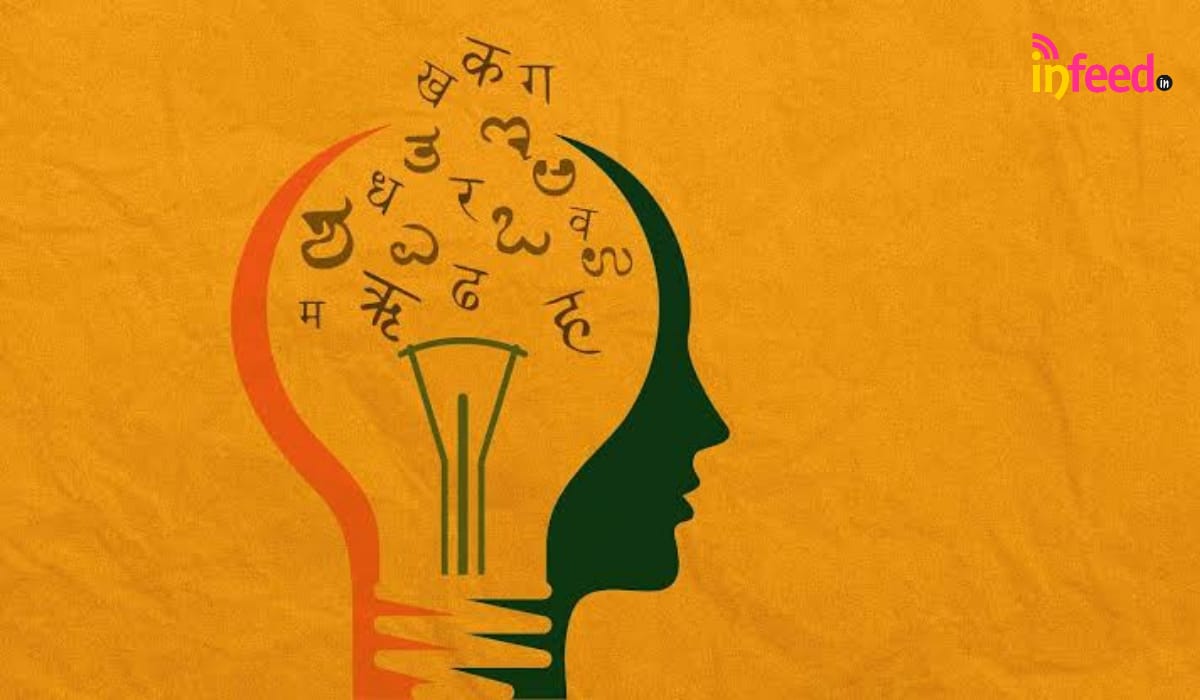 The “national language” debate seems to be a never ending one. Sparks fly with every negligible one off incident and there seems to be no end to it.
The latest one being DMK MP Kanimozhi being asked by a CISF personnel at airport if she was an Indian as she does not know Hindi. People caught hold of that thin thread and they could weave a saree out of it.
An issue which should had been settled decades back is oiled to keep on burning.

Languages are meant to be learned, not taught. You learn it at school or learn it a harder way. 20-30 years back the inter state migration was very less except for Central Government employees. Those were the years when you can resist learning Hindi or any regional language. Since then times have turned and with employment necessity arise, people are forced to migrate between states. Now you find it difficult to survive without a second language other than your mother tongue.
You definitely need a language to bridge your communications. You learn it today or you will be forced to learn it later.

Me and my Hindi

My experience on how I was forced to learn a bridging language is quite interesting. It was in 2000 I was selected for Indian Navy. Then I was fluent in English, Tamil and Malayalam. So when I attended SSB in Bangalore I did not feel the need of any other language as most of my friends there knew one of these three languages. My knowledge about Hindi was almost zero then. Other than listening to old Hindi songs which my appa loves and watching Hindi movies in DD I did not know anything about Hindi. During SSB interview, we went to watch “Kahona Pyaar Hai” except for the word “pyaar” I did not know what the title was for. That was my Hindi and I was selected for serving Indian Navy.

You do not learn when you do not need
Initial training days at Goa passed off as you do not get even a chance to speak. Only requirement was listen and obey. Though I had horrific times at parade ground. While we practice marching, when orders are given as “dahine mood”, I would be turning the other direction resulting in total disarray of the platoon. Parade instructor would be yelling at me in Hindi. I will not understand what he tells. But I know what is the punishment for what I did. So up rifle, around the parade ground, 10 rounds. But I managed to pass out from training.
We had a professional training later and I could manage that too.

Then came the waterloo. Training on board ship. You are called a Watch Keeping Officer, an onboard training for Engineers in uniform. For the first time you will have to interact with your men and most of them do not understand Malayalam Tamil or English.

My Engineer Officer on board, as part of training, would convey through me the list of activities that needs to be done. I found really difficult in conveying to the men below. Language barrier. One day Engineer Officer asked me to convey the men regarding change of gasket of a pump. I went and informed them in English that the gasket needs to be renewed. At the end of the day the my EO learned that the gasket was not changed. He asked them, ” Gokul ne aapko nahi bolo change karne keliye?”. They said “Saab ne angresi mein kuch bola tha…hum ko samaj nahi aaya”.

EO took me to his cabin, over a couple of drinks he explained me why I can never be a good officer without knowing the language of men. Also he said that the men did understood what I conveyed to them, but they are pretending they did not understand. He showed the mirror to me which reflected how I was fooled.
From that day my EO ordered me that I will not speak any language other than Hindi on board. I too realised the importance of knowing Hindi and put in efforts to learn that language. I learned it the harder way and today I take part in Hindi debates in live TV.

One last question
Now the debate raises head again. Why could not those men learn English so as to communicate with me. Answer is simple. It was my necessity to communicate than theirs. So I had to learn. Only I had to change my language rather asking 100s of them to change the preferred language.
Many migrant labourers from Bengal Bihar etc who are working in Kerala speaks decent Malayalam. That is their necessity that they learned Malayalam. Its for them to survive.

Say NO to language imposition
Do not impose any language on anyone by teaching them a language that they never prefer. A day will come when an individual will need to choose a language to live and let him learn that by choice.On the flip side it would be always better if India has a bridging language among all states. The options available are Hindi and English. Either non Hindi state people should learn Hindi and bridge the gap. Or the Hindi speaking states should be taught English so as to create a free flow of human resource across the state.

Bottom line
But when you know a common language kindly feel free to use it. Do not disregard any language as untouchable language today. You will be forced to embrace the same language tomorrow under compulsion.