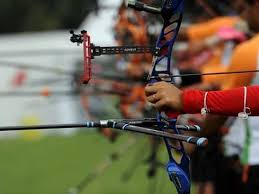 Pragati, the country’s emerging archer who won a gold medal at the Dhaka International Archery Tournament last year, is struggling with life and death. The 16-year-old archer from Delhi suffered a brain hemorrhage on Tuesday night. He has been admitted to a private hospital. Where he is still in a state of unconsciousness. Till now, an expenditure of Rs 10 lakh has been incurred in the treatment of progress. His father’s condition is not such that he can afford such a huge amount. He is trying to save the daughter by taking money from here and there.

She had won one gold and two silver
Compound Archer Progress is counted among the most talented archers. He was selected in the Indian team for the Dhaka International tournament held in February last year. Here he won a gold medal in the individual event and also won two silver medals.

First operation successful but few days are crucial
Pragati’s father says the family was at home due to the lockdown. Pragati got dizzy on Tuesday night. The doctors used to live on the top floor. He called them. The doctor asked Pragya to be taken to the hospital immediately. Pragati’s first operation has been successful, but the next five days are very crucial for her. Pragati has also been given medical insurance by Khelo India, but it is up to five lakhs, while the treatment has already cost double in a day.

Munda wrote a letter to the Sports Secretary
Arjun Munda, president of the Archery Association of India, wrote to Ravi Mittal, Secretary, Sports Ministry, requesting financial help. He has written in the letter that the financial condition of Pragati’s family is not good. In this case, all his expenses should be borne by the Ministry.