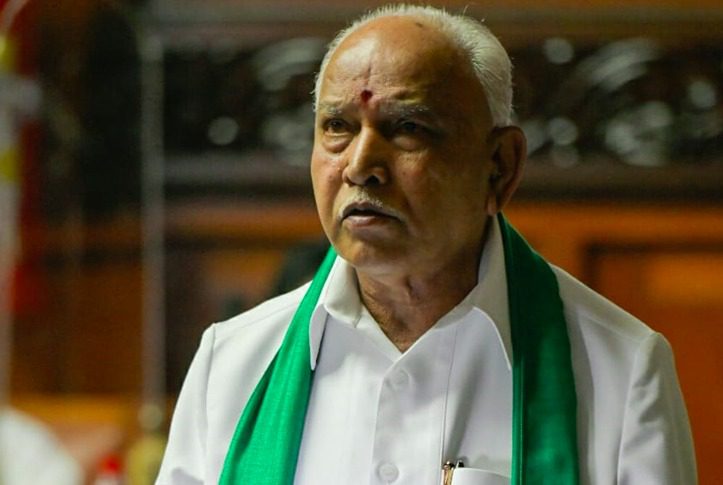 Presenting his 8th budget overall and 3rd budget of his current government In the pandemic situation CM B S Yediyurappa announced that every district will have Goshala & Karnataka government will provide lodging facility for pilgrims visiting Ayodha. While presenting budget CM BSY said that he spoke to UP CM Yogi Adityanath to allot 10-acre land for the construction of the lodge.

This was the state’s first every revenue deficit budget with Rs 15,134 crore of deficit with compared to previous year a revenue surplus of Rs 143 crore was recorded. Budget estimates total expenditure is targeted at Rs 2.37,893 crore which is 5% higher than the revised estimate of 2019-20.

The highlight of budget was Mukhyamantrigala Nava Nagaroththana A new scheme for overall development of Bangalore city, Rs 8,344 crore crores has been allocated towards this project. It will cater to reduce traffic congestion, fast-tracking the implementation of the suburban rail project, doubling between yeshwantpur-channasandra and baiyappanahallo-hosur divisions, construction of foot overbridges & implementation of “One Nation, On card’ and automatic ticketing system.

Terming this budget as ‘people-friendly’ and ‘balanced’ he said in a difficult situation he has attempted to formulate an all-inclusive budget. The CM said that taxes have not been increased.

Subsidies have been reduced compared to the previous budget. Toal of 8.6% reduction in a revised estimate. Rs 23,476 crore allocated for subsidy against Rs 25,688 in last year.

The expenditure on key sectors like Education(13%) and health (4.6%) is lower than the average expenditure allocated for education and health by other states. it is below average.

It was announced that the Minority community budget will be Rs 1,500 crores. Last year it was estimated that only Rs 600 crores were allocated to minorities. This year the expectation was higher and some organizations demanded to increase minority budget to Rs 10,000 crores as compared to SC/ST and other minorities.

Welfare for SC/ST community was reduced to 26,00r crore. Plus 78 crores were set aside for the development of nomadic and semi-nomadic communities.

The opposition staged a walkout alleged that CM Yediyurappa and Mines & Geology Minister Murugesh Nirani are out on bail in a criminal case relating to the alleged creation of bogus documents to reclaim Karnataka Industrial Area Development Board (KIADB) land in Bengaluru’s Devanahalli.

The miffed CM said that “They (Congress) should debate the budget in the house. Has there ever been such an instance where a walkout is staged during a budget”. He also warned the Leader of opposition Siddaramaiah that he will be in opposition forever and said BJP will win 130-135 seats.