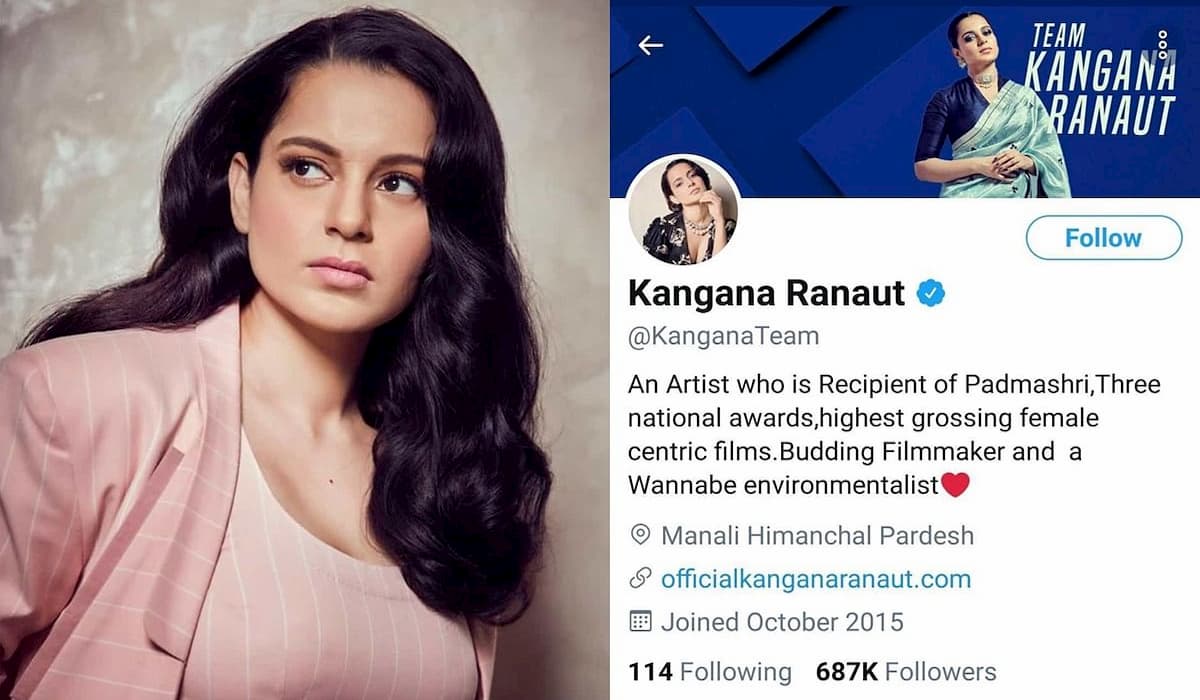 Actor Kangana Ranaut claims that her Twitter account was restricted after she made controversial remarks about Tandav creators.

This comes after she made controversial remarks about ‘Tandav‘ creators through a post. In the now-deleted tweet, Kangana had said that it was “time to take their heads off”, for allegedly insulting Hindu gods in the web series. Now, the actress has slammed the “liberal community” who reported her account to Twitter, going on to call Twitter CEO Jack Dorsey “chacha”.

Kangana Ranaut herself has given this information by tweeting. Kangana Ranaut has written, ‘My account has been temporarily banned due to the trend of the Liberals.’

Currently #SuspendKanganaRanaut is trending on Twitter and is at number three. So far, more than 26 thousand people have tweeted about it.