Journalist Who covered Story of Salt, Roti Being Served as Mid-day Meal in Uttar Pradesh Booked for Criminal Conspiracy

Journalist Who covered Story of Salt, Roti Being Served as Mid-day Meal in Uttar Pradesh Booked for Criminal Conspiracy 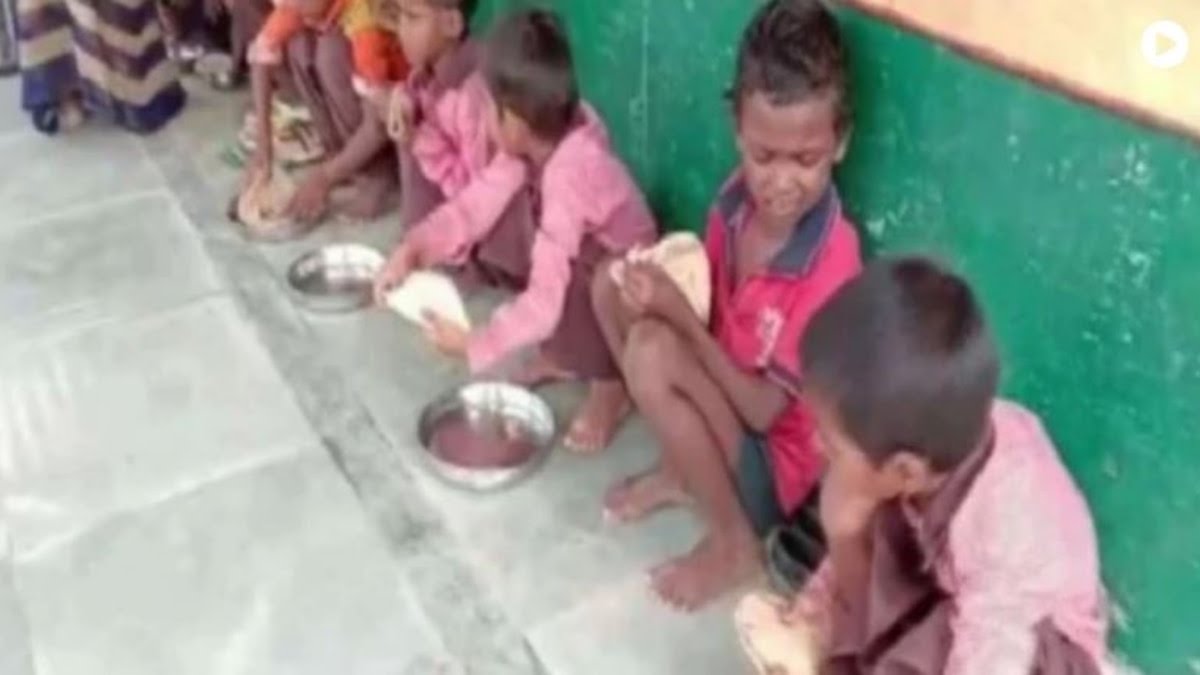 More than a week after a video showed children studying at a government school in Uttar Pradesh’s Mirzapur district eating chappatis with salt as their mid-day meal, a flagship scheme of the central government, the state government has booked the journalist who reported the incident.

Pawan Jaiswal, who works with Jansandesh, a Hindi publication, has been booked for criminal conspiracy. Two more people who alerted Jaiswal of the act, including the representative of the concerned village, have been booked for “cooking up” the story and for “putting forth wrong facts”.

What’s shocking is that the case was filed despite the district magistrate suspending two people after the allegations were found to be true.

Anurag Patel, district magistrate of Mirzapur, had told News18, “The issue has come to our notice and an inquiry was ordered in the issue. After the allegations of serving roti and salt were found true, two people Murari and Arvind Tripathi have been suspended and strict action will be taken further,” District Magistrate, Mirzapur, Anurag Patel had said.

In the video, around 100 students of a government primary school in Mirzapur district’s Siyur village were only served a paltry meal of salt and roti.

UP chief minister Yogi Adityanath had also ordered a probe in the matter. Newly-sworn in Basic Education Minister of the state, Satish Dwivedi, had promised strict action against the culprits.

The case is a grim reminder of the increasing trend of journalists being targeted in the Yogi Adityanath-ruled state.

First, it was Noida where a few journalists working with a news portal were arrested and booked under the Gangster act after a very flimsy FIR claimed that their articles were trying to defame the Noida police and blackmail certain officers.

Then it was Varanasi where a photo journalist was booked for catching on camera VNS police using children to clean the ghats. The charge slapped against the journalist is that he paid children to work.

Journalists in Varanasi have been protesting against the action.

In Shamli district of west UP, too, journalists have been targeted by administration lately and have been on dharna for the past few days.