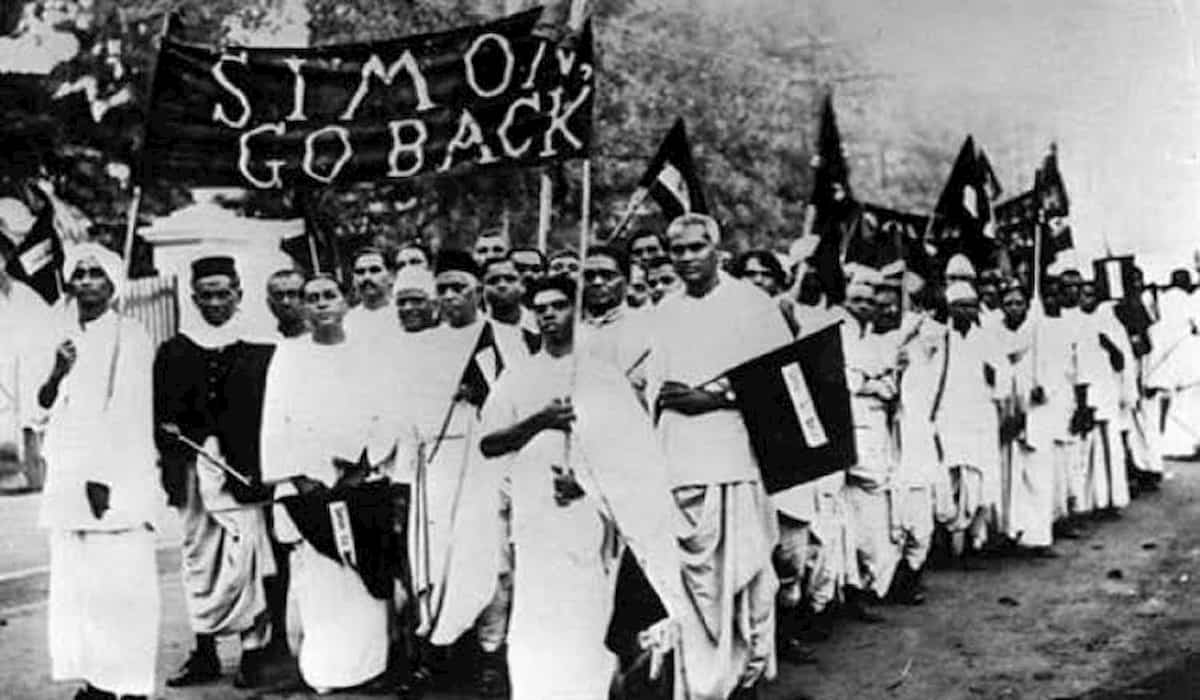 Sometimes, in a mode of defence, we refuse to accept a different opinion.  People fighting others with different ideological backgrounds can be understandable, but fighting your own for sharing a distinct opinion is preposterous.  A falling down of a party happens when we start to malign and attack each other. Finally, in discouragement, people drop out and our force is weakened.  Pride makes us think we are infallible, but pride comes before a fall and no one is infallible nor any party, we all have to learn to stretch, give grace, accommodate and not dominate.

Nationalists like Subhash Chandra Bose, Bhagat Singh, Bagha Jatin, Surya Sen preached armed revolution to achieve self-rule. Poets and writers such as Vinayak Damodar Savarkar, Subramania Bharati, Bankim Chandra Chattopadhyay and Kazi Nazrul Islam used literature, poetry, and speech as a tool for political awareness. Feminists like Sarojini Naidu promoted the emancipation of Indian women and their participation in national politics. B. R. Ambedkar championed the cause of the disadvantaged sections of Indian society within the more significant self-rule movement. Although the underlying ideology of the campaign was anti-colonial, it was supported by a vision of independent capitalist economic development coupled with a secular, democratic, republican, and civil-libertarian political structure. After the 1930s, the movement took on a strong socialist orientation. The work of these various movements ultimately led to the Indian Independence Act 1947, which ended the suzerainty in India, and the creation of Pakistan. India remained a Dominion of the Crown until 26 January 1950, when the Constitution of India came into force, establishing the Republic of India.

Today, democracy and secularity are at the edges of being totally wiped away not by colonialism but by fascism, but we are unable to combat it because we still have not identified the giants in our valley and still not discovered the art of symbolically slaying those giants.

THESE ARE SOME GIANTS IN THE VALLEY THAT ARE HINDERING US FROM FIGHTING FASCISM:

Lack of Unity Today:  The freedom movement underwent a process of constant ideological evolution!  If we are thinking of fighting against fascism, we have to unite with all parties who are against fascism.  We cannot live in “fear of them dividing our votes!” The freedom movement in India never thought of votes, they thought nation, and this is why they succeeded.  Self-preservation will stop anyone from conquering or doing anything. Fear is the killer of dreams and conquests. We have to think about the nation now!  India is moving in a different stream today, so we have to step in with other streams of parties who are against the dictatorship, so we can move together in the powerful currents of the rushing river that will take us to the ocean of freedom.

Arrogance and self-sufficiency bring downfall.  No man is an island and no man stands alone. Unity is a golden key that will open a door to treasures that will combat fascism.

One different giant we face today unlike the 1960s is the world is closing in because of the Internet, so we have more people in close proximity. Our fields of influence are greater today in positive and negative vibes.  So it is important to unite. Unity means appreciation of each other’s ideas, endorsing, and upholding in public platforms. If there is open bickering in public social media platforms, this gives negative vibes to the people watching us. We raise and fall with opinions.  We learn from each other’s strengths and weaknesses, so let us esteem every single member of the party and volunteer, no matter how “small” they appear or how “big” they are.

Unlike the freedom struggle, the Internet and social media are overflowing with information, ideas, misinformation and propaganda, thus unity is important or lies will divide us.

In this sensitive system, internally we need to enable a platform within the party where members can share ideas, goals and grievances.  Building internal transparency and allowing sharing opinions are paramount.  If you suppress different voices, a time will come when an open revolt manifests. Speaking openly without free of repercussion releases waves to deeper unity.

While Mahatma Gandhi Was A Centrifuging Force, He was a Person in an Ideological Fight and Not A Party Leader:  Mahatma Gandhi was an Indian lawyer, anti-colonial nationalist, and political ethicist, who employed nonviolent resistance to lead the successful campaign for India’s independence from British rule, and in turn, inspired movements for civil rights and freedom across the world.

Gandhi joined the Indian National Congress and was introduced to Indian issues, politics and the Indian people primarily by Gokhale.

From the late 19th century, and especially after 1920, under the leadership of Mahatma Gandhi, Congress became the principal leader of the Indian independence movement. Mahatma Gandhi became a symbol of ideology for freedom for India. Today, we don’t ask which party he belonged to, he belonged to India and is known as the Father of the Nation universally.  Fighting against fascism has to rise bigger than party and person.

Today, party members and volunteers are terrified of joining hands with others with anti-fascists ideas for fear of dividing the votes. This fear has blocked us from overthrowing the fascist party in the party.  This was not the scenario with the Congress party and others who worked together in those days. Bhagat Singh was an Indian socialist revolutionary whose two acts of dramatic violence against the British in India and execution at age 23 made him a folk hero of the Indian independence movement with lean towards communism and they all united!

During the Freedom Movement, Religion with Politics was not Induced:  Purer movement, where Hindus, Muslims, Sikhs, Christians vibrantly worked together, and the Indian Army was a place where a person’s religion was a place of neutrality. Never have we been in a place before where suddenly, we are so aware of our religion. Just a decade back, we felt we are Indian, and not identified by the “clothes we wear.”  Today, religion is used to divide votes; so once again, we cannot unite to fight fascism. In fact, when Kashmir was in lockdown, their economy was destroyed and some civilians got splintered with rubber bullets, very few political leaders wanted to get involved, and there is an eerie silence.  Is this all about votes?

During the Freedom Movement, No Vote Banks or Parties to Contend: During the freedom movement, there was no thought of vote banks, elections, or which party would rule.  At that time, the leaders uniting never thought about vote banks when fighting to free India from the British rule. However, today, we see the fear factor rising in the party when we hear party workers talking about other splitting their vote banks and selling them out.  Due to rising greed and falling ethics, party members have sold their souls and joined other parties.  So the fear is legitimate. However, if we let the fear of letting the party unite with other parties of similar ideologies, we can never win. The grand Old Congress united with all of similar goals and aspirations.  Their focus was to save the nation and not the party. Today, our vision has to be much larger thinking of saving the nation.  Today, we have to rise above it all and fly like eagles and not stick to the ground like pigeons in self-preservation.

There was no Control and Manipulation of Media and Social Media as Today:  During the 1960s, neither social media, nor Media news was manipulated to create a false narrative as it is today. The news was the pure printed press fresh on paper, reported as it came with no fake stories spun on wheels. People received the news with innocent open minds and formed clear opinions. They rose together joining hands to oust out colonialism in India. Unfortunately, today with a hyped glamorized Media not focusing on the real issues in India, magnifying things out of proportion to suit the government, ignoring many serious catastrophes, and spreading disinformation, they are creating a divide in the nation. Because of the fear factor rising, people are cutting ties where they could have worked together in a single cause to oust out fascism. Today, let us join hands with like-minded parties to do that.  As Rob Siltanen says, “The People who are crazy enough to think they can change the world are the ones who do!”