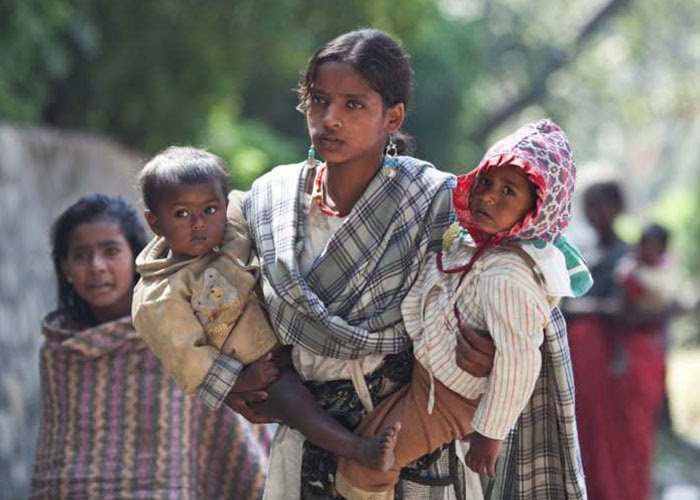 Since the beginning of Indian civilization , India was very peaceful country & the biggest democracy in the world, in last few years things changed tragically. But being an Indian you can’t say ‘Jane do yaar’ (let it go) the common attitude. So, it is a common problem that every wrong thing doesn’t matter to us. It is very much needed to protest immediately on these types issues – poverty, illiteracy, Poor education system, healthcare issue, pollution, women’s safety, Lack of employment ,Government’s failure on increase a per capita income of people etc. Nowadays, India needs several changes.

1 ) poverty :–
Tribal people, Dalits and labour class including farm workers in villages and casual workers in cities are still very poor & 60% of the poor resides in the states of Bihar, Jharkhand, Odisha, Madhya Pradesh, Chattisgarh, Uttar Pradesh and Uttarakhand. High population growth rate is one of the major reasons of poverty in India. Almost 1/3rd of the Indian population lives below the poverty line.  Agricultural crisis is a reason to many farmers remain poor ,which causes of illiteracy, crime, malnutrition.

2 ) Illiteracy :–
The 60% of illiteracy in India is scary. The condition of village is most dangerous than cities . According to the UNESCO, Literacy is the ability to identify, understand, interpret, creativity. One of the primary reasons for rising the illiteracy rate is Insufficient school facilities. Another reason which leads to rise the illiteracy among the children is the lack of proper sanitation. A study tells 59 % of the schools do not have drinking water facilities.
Schools don’t have the proper teachers. Not only students but many adult’s are facing this problem in India.

3 ) Education system :–
The lack of sufficient funds is the main reason for the under development of education system. University, college & technical education is becoming costly day by day in India. Large numbers of primary schools have single teacher and surprisingly many schools dont have even one teacher. our best efforts dont help to develop our education system

4 ) Healthcare system :–
After Independence, India gets so many significant improvement in the health status of people. Even so, it is a major problem in our country. India has only 10 lac registered doctors to cater 1.3 billion citizens. India spends 1.2% of its GDP on health sector far less than some of the poorest countries of the world, even Bangladesh is ahead of India.

5 ) Women safety :–
Women safety in India is a big problem. Working women i.e., those who are in paid employment, face problems at the workplace just by virtue of their being women. In the last few years crime against women has increased to a great extent – Some of the most common crimes against women are rape, dowry deaths, sexual harassment at home or work place, kidnapping and abduction, cruelty by husband and relatives, assault on a woman, and sex trafficking.

6 ) Pollution : –
Pollution in India is a big environmental issue. The major causes of this issue are industrialization, deforestation, urbanization, Cutting of Trees Fertilizers and Pesticides etc. The rate of pollution in villages is less as compared to the cities. Pollution affects us and our environment in the following ways:
● Acid Rain,
● Agricultural Contamination,
● Global Warming

7 ) Lack of employment :–
Unemployment is a terrible issue which our government faces. The educated youth faces the challenges of the unemployment and they do the hard work to get the job for better life, but after many problems they remain unemployed. India is basically an agricultural country, Agriculture is the backbone of our economy. Agriculture in India is not developed enough to compromise all the unemployed youth. Education should be made job-oriented not as Theoretical Education. After the completion of education, our youth should not wait for employment !

We need to change our thoughts and we should do more Efforts, India also needs to work swiftly on its infrastructure towards better roads, and services like water, sanitation, etc. We need to work together for a ” better India ” . Then we’ll be able to say –
” Mera Bharat Mahan “