Is India Ready for the Hunger Crisis ahead?

Is India Ready for the Hunger Crisis ahead? 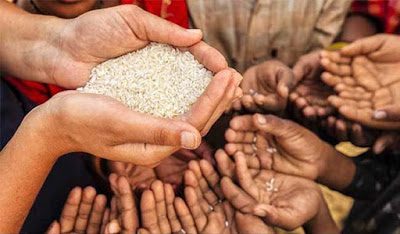 With Global Economic slowdown lot of Indexes have changed dramatically. One of such Index was of World Hunger Index. In October 2019 India ranked 102nd among 107 countries in a report prepared by Welthungerhilfe and Concern Worldwide.

In the wake of Covis19 Pandemic, many National Social Scientists and Food and Agriculture Organisation of the United Nations are warning the world against the Hunger Crisis ahead, which can further worsen and result in a severe Famine. 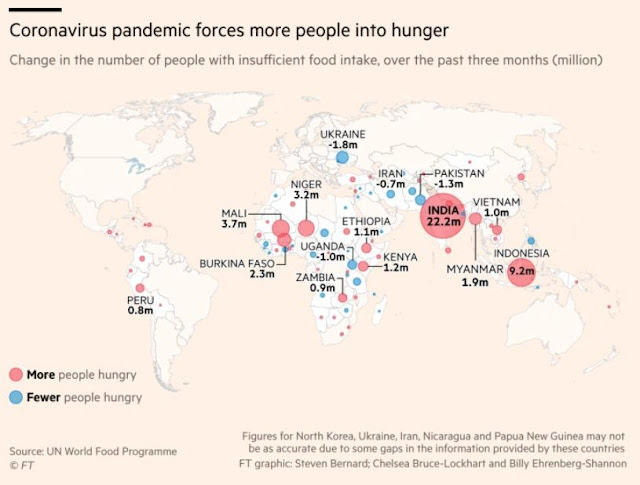 Famine is basically a result of Draught..but its not always attributed to lack of rains or drop in crop yields.

Uneven distribution of the available food due to…supply chain failure, failure in storage or even illegal hoarding, result in decline in availability of food to some part of the population. This creates an artificial Famine, but with real hungry people.

Thanks to the Green Revolution, under the bold leadership of Smt Indira Gandhi, India is Self Sufficient in food and many sectors of Agriculture.

Food Corporation of India’s godowns are having 7.7 lakh tons of food grains as on date. By the grace of God and handwork of our Farmers this year also India has harvested bumper crops.

Not every one is a Farmer, majority of the population depends on buying food. National Sample Survey says that 60% of per capita income is spent on buying Food.

In a condition like lockdown or any other natural calamity, food becomes very expensive. The rich and upper middle classes some how spend extra money and buy what they need. But the poor and lower middle class people, who generally live on day to day basis fail to buy food due to lack of money.

India may not witness acute famine like in many third world countries, but we cannot rule out the possibility of millions of Indians living on one meal or no meal.

Then why are we talking of Hunger Crisis?

With Mountains of food grains we also have Mounting of Hunger.

United Nation’s World Food Program says that 22.2 Million Indians have not eaten sufficient food in the past three months…which happens to be the highest in the world.

In Modern India agriculture and other associated sectors have slowly disappeared from the Urban areas. Thanks to the supply chain system everything is available in almost every part of the country.

But with lockdown in the country, man and material movement has been restricted and the supply chains are more or less failing.

This has resulted in Decline in Availability inspite of bumper crops  everywhere. Greedy people will not hesitate in creating a Trade Induced Scarcity and mint money.

As I said those who can afford will survive the crisis and indulge in panic buying, because we do not have market regulatory system in place.

On the other hand the poor will be hit badly due to failure of exchange entitlement or purchasing power.

Lock down has laid off over 14 crore workers and they are not in a position to buy even essentials.

What should the Govt do?

1. Regulate the Supply and Demand by eliminating middlemen commissions. Even in places ,where the Covid Relief material is being distributed, middlemen are seen fleecing the needy.

2. Create income source or monetise the poor by direct cash transfers and increase their purchasing power. In other words safe guard them from failure of exchange entitlement.

3. Improvise the Public distribution system or the Civil Supplies…only substandard rice or wheat will not be enough.

4. Ensure 10Kg Rice, 1Kg Dal, 1Kg Sugar, 1/2 ltr of oil per adult, per month should be given to the needy with or without Ration Card. Milk for the children and other necessary essentials at subsidised prices.

5. Restrengthen the Supply chains to ensure timely availability of the essentials to everyone.

Hunger and Malnutrition or HUNGaMA report says that 42% children below the age of 5yrs are malnourished or under nourished. Malnutrition is a result of Hunger, this intern has many physical and mental health ailments attached to it.

Today’s hunger is definitely going to influence the standards of life tomorrow.

That is why it is very important for the Govt to ensure people are eating a decent meal and not wash their hands off with emotional pep talks and elaborate guidelines on what to eat in order to increase the natural immunity. 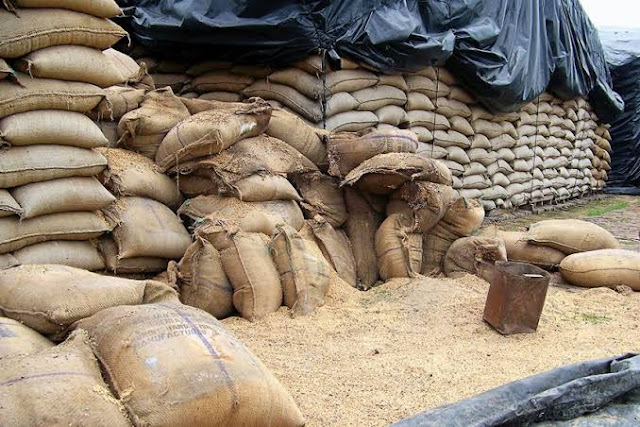 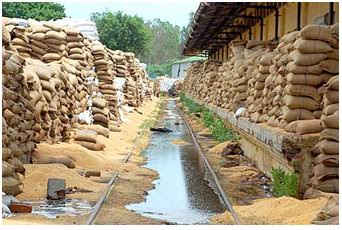 Instead of allowing the food grains to rot in the godowns, be generous in feeding the hunger…..

Thankfully India can very well feed its population and still have enough and more stock for future use.