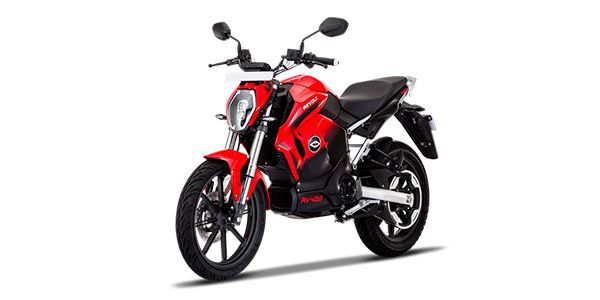 Revolt Motors recently unveiled their first product, Revolt RV 400 is India’s first AI-enabled electric motorcycle. Revolt will be launching the bike on 22 July 2019. Pre-booking for the motorcycle has commenced for a token amount of ₹ 1000. Customers can book the electric bike via the company’s website or on Amazon.

RV400 has received an ARAI certified range of 156-km which should be more than enough for a city commute. The top speed of the bike is 85 km/hr and will sport a host of other features like LED headlamp, a fully digital instrument cluster and 4G connectivity. The bike will have an in-built SIM card to collect and analyse data for the smoother performance of the bike as per the rider’s style.

Additionally, buyers can choose from four different exhaust sounds and more can be downloaded via the app too. The Revolt RV 400 gets an inverted fork at the front and a monoshock at the rear. Stopping power comes from disc brakes at either end with a combined braking system as standard.

However, the absence of ABS is a dampener as all latest bikes are having this safety feature. The Revolt RV400 will be first available in Delhi and Pune followed by NCR, Bangalore, Hyderabad, Nagpur, Ahmedabad and Chennai in the next four months.