Indian Economy is in Reverse Gear $5 Trillion Dream Could be an out of Sight for a much Longer Period, By Sadat Khan

Indian Economy is in Reverse Gear $5 Trillion Dream Could be an out of Sight for a much Longer Period, By Sadat Khan 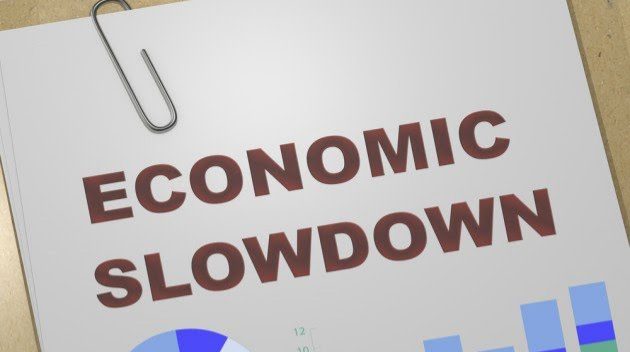 Falling demand in the country was one of the key reasons behind a steep fall in India’s GDP. It is expected further slowdown as the year progresses. Squeezing demand is the result of Narendra Modi- led NDA government taken decisions like demonetization & implementation of GST in a hurry, Govt has taken both the measures as financial reforms for the nation’s economy but both of them failed miserably.

Many noted economist has repeatedly blamed demonetization and GST behind the economic slowdown which further worsen by weak global economic scene. Indian economic growth gone down to almost over 6 year low at 5 per cent in Q-1 of FY 20 due to slower and limited consumer demand and gone down private investment.

The recent economic data seems to be very worrying. Index of Industrial Production (IIP) thinned by 4.3 per cent in September, the bottommost in last eight years. The fall was steeper than the 1.4 per cent seen in August. IIP data clearly shows that the demand slowdown has its impact on eight core sectors, which saw activity contract by 5.2 per cent in September – its poorest performance in last 14 years. The September factory output data showed a decline in production by 8.5 per cent in the mining sector, manufacturing declined by 3.9 per cent while electricity sector fell down by 2.6 per cent. Capital goods production has also shrunk by 20.7 per cent while consumer durables output down by 9.9 per cent.

The fuel demand in India also fell to its lowest level in more than two years. Most important power sector demand has also fallen down by over 13 per cent, which is worst in 12 years. Electricity usage is a key pointer to gauge the industrial activity and lower power consumption among industries is a signal that production activity has decreased due to decline in demand.

RBI in his October monetary policy review cut down the GDP growth projection to 6.1 per cent from earlier 6.9 per cent, RBI has expressed that economy will recover in H-2 of FY 20. As per RBI data the recovery will be led by the government recent announced measures like cut in corporate tax rate, capital infusion into public sector banks by merging them, setting up Rs.25000cr corpus to boost the real state sector.

India is becoming more fiscally constraint. Government revenues are falling quite sharply and the recent cut in corporate tax adds to the concerns. The relief to the real estate sector will also not be much rapid. All this will put pressure on the RBI to be more accommodative than what the most are expecting. If things stand like same, the government must borrow to provide more fiscal stimulus.