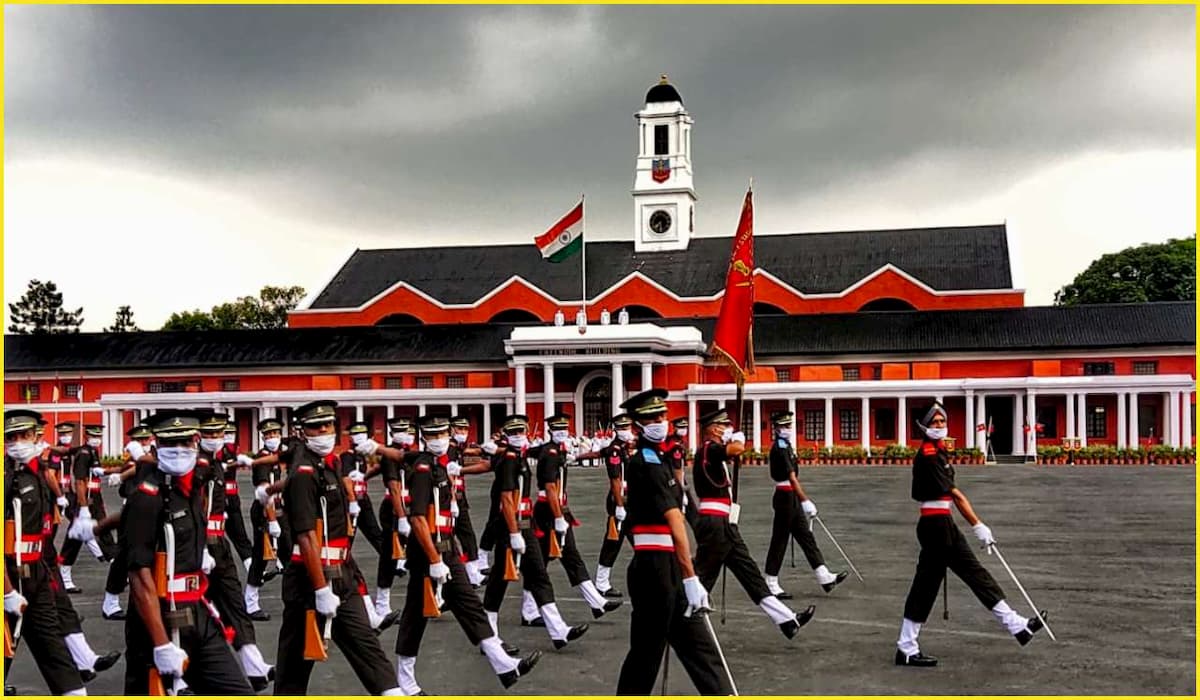 The Indian Military Academy (IMA) passing out Parade took place under COVID-19 shadow on Thursday. Marked the culmination of training of 333 Indian and 90 Gentlemen Cadets from nine foreign countries. Owing to COVID-19 precautionary guidelines, only the IMA staff and other the trainees witnessed the parade.

The officers were also seen donning face masks at the parade.

Due to COVID outbreak, for the first time guardians of the cadets were not invited in order to avoid crowding. “This was one of the reasons for the live broadcast of the parade on the Indian Army’s Youtube channel” said by, ADGPI Indian Army.

The parents or relatives of cadets usually pip-in the ranks on the shoulders of cadets after the passing out parade, they become commissioned officers in the Indian Army.

The Chief of Indian Army General Manoj Mukund Naravane reviewed the officers of the passing out parade.

The passing out parade symbolises the culmination of rigorous training and transformation of a cadet into a young officer to shoulder the nation’s responsibility.

Every six months, the IMA organises a passing out parade for its cadets who join different arms and services of the Indian Army while the foreign cadets go onto join the armies in their respective countries.