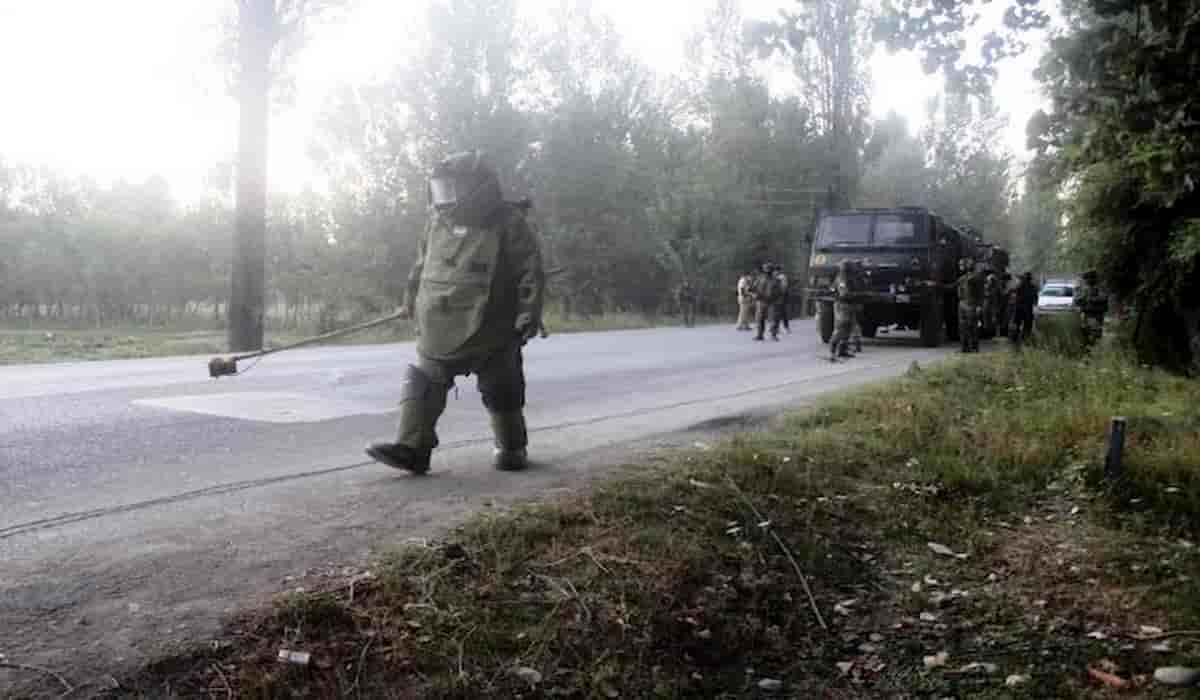 IEDs placed on the Baramulla-Srinagar highway by terrorists to target the security forces was timely diffused, which prevented huge losses. In this way, IEDs are used to target terrorist military convoys. Due to the intelligence and readiness of the soldiers, the nefarious plans of the terrorists could not succeed. In order to destroy the IED, the movement of vehicles on the highway was stopped for some time. A search operation was also conducted in the surrounding area

The army’s road opening party saw the IED being engaged near the highway in Tappan area of ​​Baramulla district during morning patrol. The IED was fitted near the petrol pump. A convoy of vehicles from Army, CRPF and BSF passes in the morning itself on the Srinagar Baramulla Highway. The IED was planted with the intention of damaging it, but the ROP saw it in time.

The highway was closed after the detection of the IED. After that, the army team called the bomb disposal squad. The IED was diffused after much hard work.