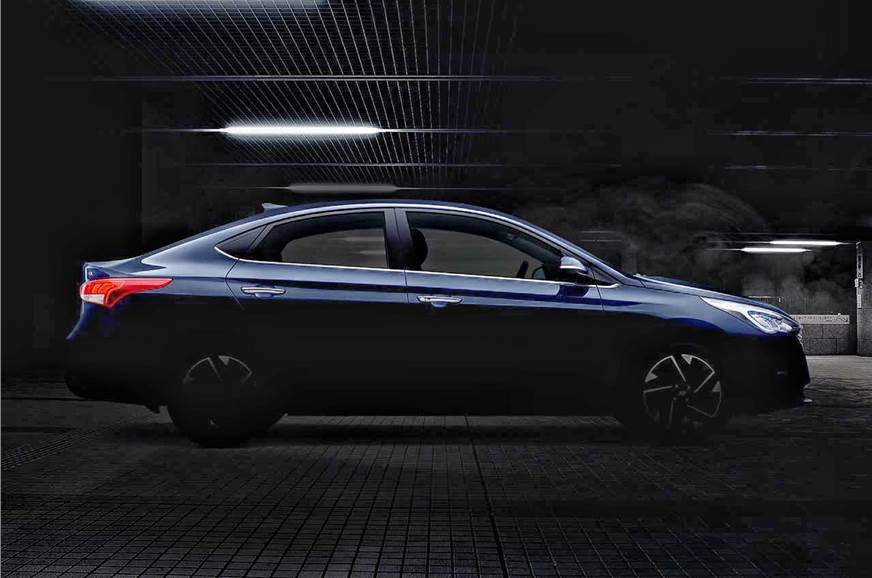 Hyundai is bringing the facelift model of its sedan car Verna. For the first time, the company has released teaser pictures of the new Hyundai Verna. It is expected to be launched in late March or early April. The Hyundai Verna facelift will see major changes in design with the addition of a BS6 compliant engine.

The teaser photos have revealed that the Hyundai facelift has a new grille and a new front bumper. The headlamp cluster has been redesigned, which is now more angular. The design of day-time running lights has also been updated. However, the overall size of the car is almost the same.

Otherwise, the facelift has a new bumper at the rear and changes have been made to the tail lamp design as well. Pictures of the cabin have not been revealed, but it is expected that the interior of the car will be updated. Also some new features will also be found in it. Engine
Hyundai otherwise will get new engine options in the facelift. Apart from releasing the teaser photo, Hyundai has also shared information about its engine. It will get a 1.0-liter turbo petrol engine with a Hyundai Venue, which generates 120hp of power. Apart from this, the car will have new Creta 1.5-liter petrol and diesel engine options. All three engines will be BS6 compliant.