How badly Corona is going to hit India

How badly Corona is going to hit India 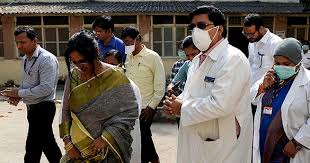 India’s effort to recover from the most severe economic slowdown in years is being hampered as the coronavirus weighs on growth, disrupts industry and the disease starts to spread within the country.

Until recently, India was the world’s fastest-growing large economy. But growth has tumbled in the past two years, reaching a six-year low of 4.7 per cent in the last quarter of 2019, according to revised data from the national statistics office. The prolonged slowdown has led to plunging investment, job losses and increasing poverty.

The revised statistics office figures also showed that growth peaked in late 2017 — earlier than expected — and included a sharper drop in investment than previously believed. But hopes of a rebound are now fading as the coronavirus spreads, prompting agencies and analysts to cut their growth forecasts for the country.

According to a news published in the Indian Express, to prevent the spread of corona virus infection, the Indian government has banned those coming into the country.

After this it is now believed that this will have an impact on the economy of the country already suffering.

The newspaper says that 108.9 lakh tourists visited India in the year 2019, out of which 17.4 lakh visited only in the months of March and April.

According to the newspaper, if the ban is in place till April 15, it will not only harm the airlines but will also affect the tourism industry of India.

On Wednesday, the Indian government decided to suspend all other types of visas except diplomatic, government, United Nations and other international institutions, employment and project visas from 13 March to 15 April.