Himachal’s Tourism Suffers a Loss of 5000 Crore Amid Corona

Himachal’s Tourism Suffers a Loss of 5000 Crore Amid Corona 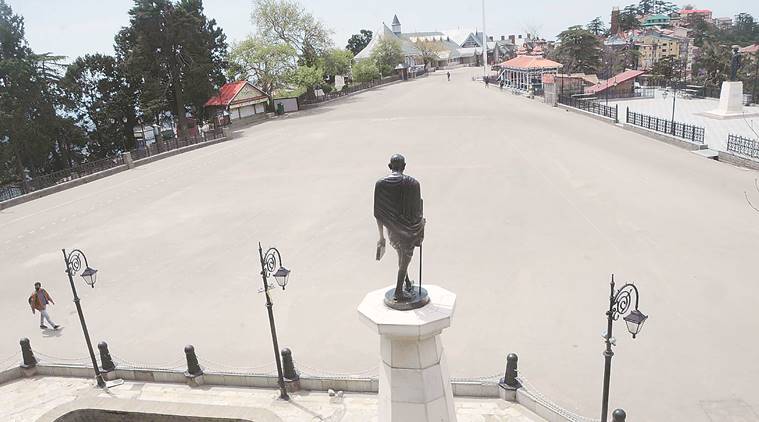 The global epidemic has wreaked havoc on the tourism business of the Corona hill state of Himachal. In three months, the tourism business has hit more than 5000 thousand crores. More than 50 thousand people have either lost their jobs or the sword of crisis is hanging over their employment. More than 6000 hotels, home stay units and guest houses directly connected with tourists are closed.

These figures of the corona hit are from Shimla, Kullu-Manali, Kangra, including Dharamsala, McLeodganj and Chamba districts. Talking about the entire state, the loss figures are much more.

In Unlock-02, the Jairam government has opened the doors of Himachal to the tourists on the guideline of the center, but the situation does not seem to improve. A large number of hoteliers and businessmen are shying away from welcoming tourists due to the risk of Corona infection. Due to strict conditions, tourists entering the state are being returned. The rainy season has also started. It is clear that Himachal will take a long time to deal with this terrible situation and bring tourism business back on track.

For the first time in 30 years, Corona has given a shock of two thousand crores to the tourism of Kullu-Manali. About 20 lakh tourists could not visit Kullu-Manali and Rohtang due to the closed tourist activities for three and a half months. 3000 hotels, restaurants, cottages, homestays and resthouses are locked.

The employment of 20 thousand people working in the tourist season has been lost. There are more than a dozen tourist places in Kullu district which have been buzzing with tourists from April to July. Adventure activities are at a standstill. Last year, more than 1.5 million tourists visited Kullu-Manali during the same period. Businessmen of the district are now expected to run tourism business in Dussehra itself. The Corona in Shimla has caused over 1500 injuries to tourism traders.

In Kangra too, the hotel business from March to July is estimated to have lost about 1500 crores. According to Ashwani Bamba, president of Hotel Association Dharamshala, the biggest business in the state has lost thousands of crores due to Corona. Talking about the year 2019, 10 lakh 92 thousand 120 tourists from outside states and abroad had entered Kangra from March to July.

Among them, 10 lakh 33 thousand 849 tourists from other states of the country came to visit. 58 thousand 271 foreign tourists visited from March to July. In Chamba and Dalhousie of Chamba, tourism business has suffered a loss of ten to 15 crores this time. Dalhousie used to reach four thousand tourists every day. The same tourists used to return after visiting Khajjiar. There was a tourist trip for a week.

Tourism business has also suffered a deep setback in Sirmaur district. Being adjacent to the Uttarakhand and Haryana border, lakhs of tourists every year turn to the scenic sites of Renuka, Haripurdhar, Jamta, Chudhar, Haripurdhar and Paonta Sahib in the district. The maximum business of the State Tourism Corporation also depends on these four months, but this year the tourism business has been reduced by 75 to 80 percent due to non-arrival of tourists in these four months.