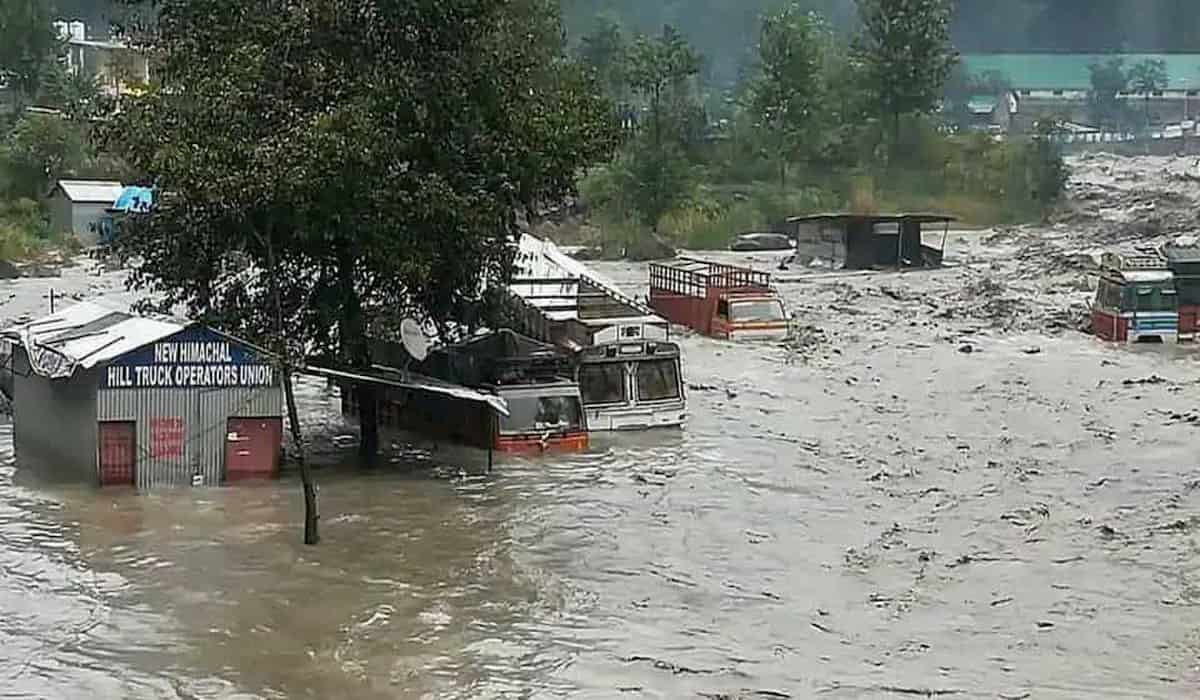 In Himachal, amid the yellow alert, the heavy rainfall has created havoc in teh state causing loss of crores of rupees for the second consecutive day. 19 houses and about two dozen cowsheds have fallen in the state. Two houses collapsed in Kully, leaving 13 people stranded. Landslide resulted in falling off a pucca house over another. SImilarly, 10 houses in Mandi, 5 in Hamirpur and two in Kangra collapsed due to heavy rains.

An apple-laden vehicle got stuck on the Karasa-Restoration contact road in Rohru on a rain-soaked marsh. To remove the car, the young man tried to put stones in the wheels. The vehicle then overturned on the young man and he died. There is still traffic on 287 roads in the state. 4400 drinking water schemes have been affected due to heavy rains in the state.

The Beas and tributaries are in spate. Apple Kudan has also been affected in Kullu. 11 electrical transformers have come to a standstill. There will be some decrease in the speed of rain in Himachal from Saturday. Weather is expected to remain clear in most areas of the state till 31 August.

A yellow alert for heavy rains has been issued again on September. On Friday, Nahan recorded 50 mm of rain. Manikarna recorded 11 mm, Bajaura 8 and Khadapathar three mm of rain. Light drizzle continued in Shimla as well. Many areas of the state were cloudy on Friday. On Friday, the maximum temperature decreased by two to three degrees.