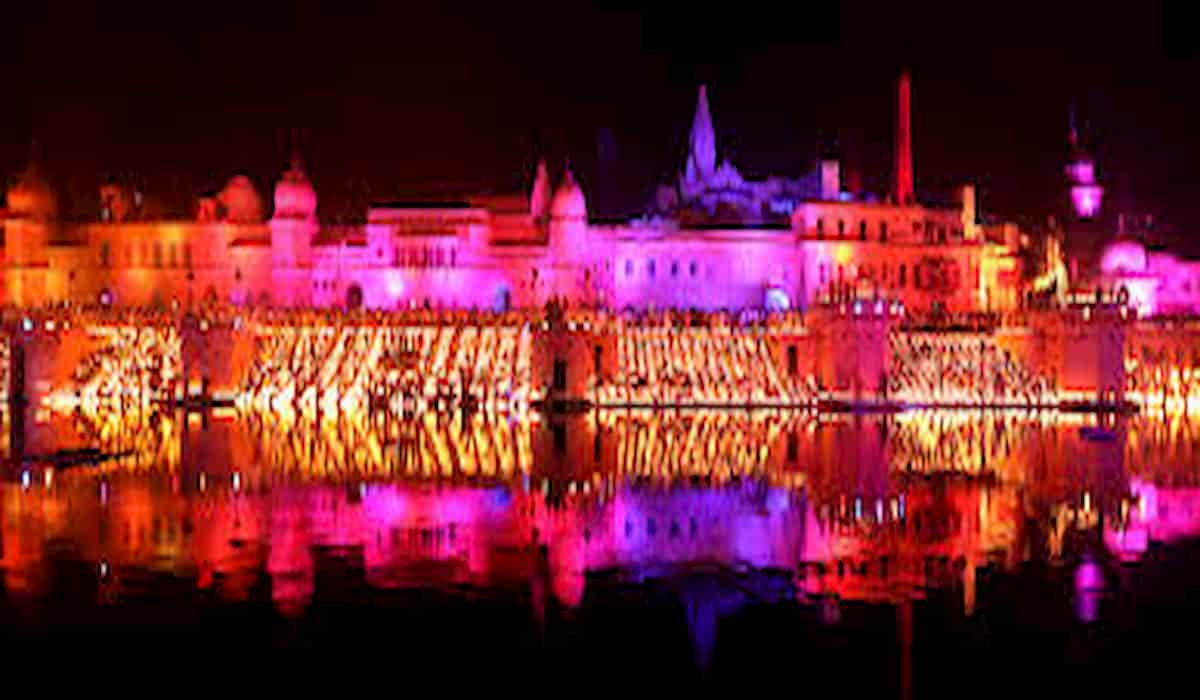 Today, after 492 years in Ayodhya, the dream of grand festival on the birthplace of Ram is going to come true. Great preparations have been made for this three-day event. Under the leadership of CM Yogi, Deeppotsav will be celebrated on the occasion of Chhoti Diwali in Ram’s city of Ayodhya. During this, a new Guinness Book of World Records will be created by lighting more than five lakh fifty thousand lamps on the Ghats of Ram’s Paadi.

The preparations for the Deepotsav in Ayodhya have been completed for several days. The roads and streets of Dharmanagri are bright with Ram’s paadi. The coast of Saryu is also illuminated with light. Chief Minister Yogi Adityanath, along with Chief Minister Yogi Adityanath to unveil the Deepotsav-2020, will walk from Lucknow to Faizabad Helipad at 3.30 pm. He will again reach Ramjanmabhoomi by road at three to ten minutes and will go to Ramkatha Park after worship.

The Shri Ram coronation ceremony will start at 3.50 pm and will run till 5.30 pm. During this time, the Chief Minister and the Governor will govern the Lord. He will unveil a special cover issued by the Department of Posts on the festival. We will also address the function. Then will depart Ramkatha Park for Swargadhar Ghat and take part in Maa Sarayu’s Aarti.