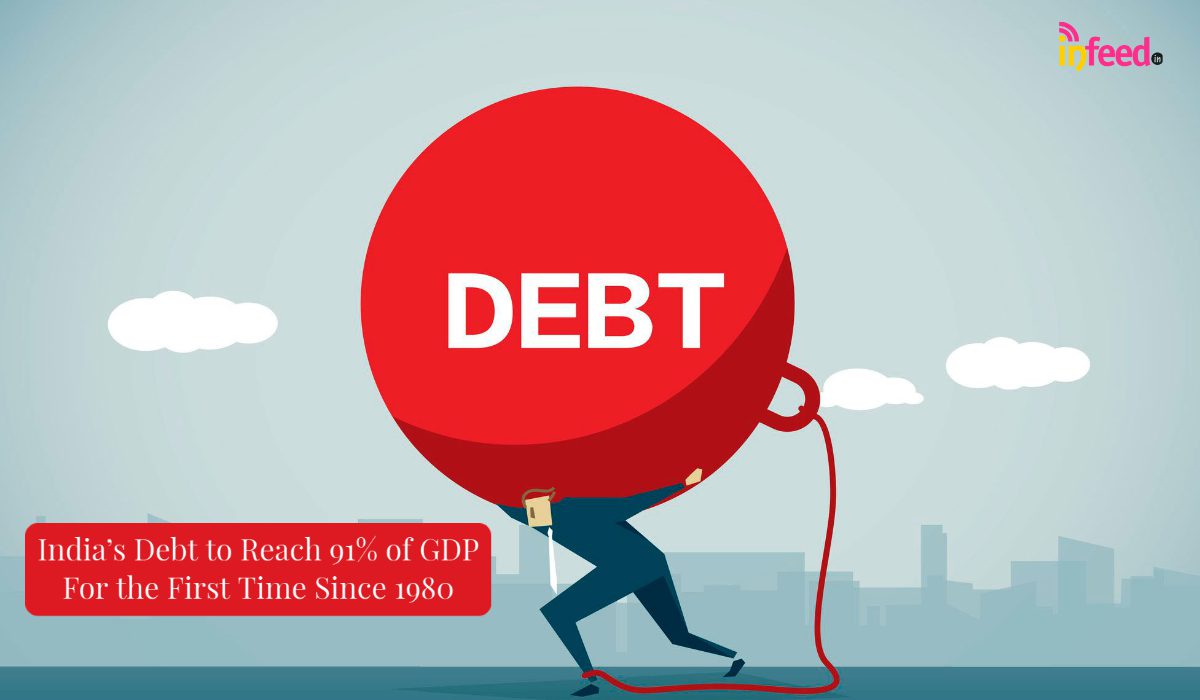 In the financial year 2020-21, the total debt of the governments ie central and state governments will reach 91 percent of GDP. This will be the first time since 1980.

According to the report, this tremendous increase in debt and GDP ratio means that the country will not be able to increase spending for its needs and will not be able to support economic activities too much. Similarly, the government’s spending capacity has been affected by the Coron crisis.

What does Debt to GDP Ratio Mean?

According to a report by World Bank, if the debt-GDP ratio of a country stays for more than 77 percent for a long time, then the economy of the country slows down.

According to the report by Motilal Oswal, “It may take a decade or more to bring the debt-GDP ratio to such low level as 60 per cent. However, a few years ago, the government had set a target that this would be achieved by the year 2025.