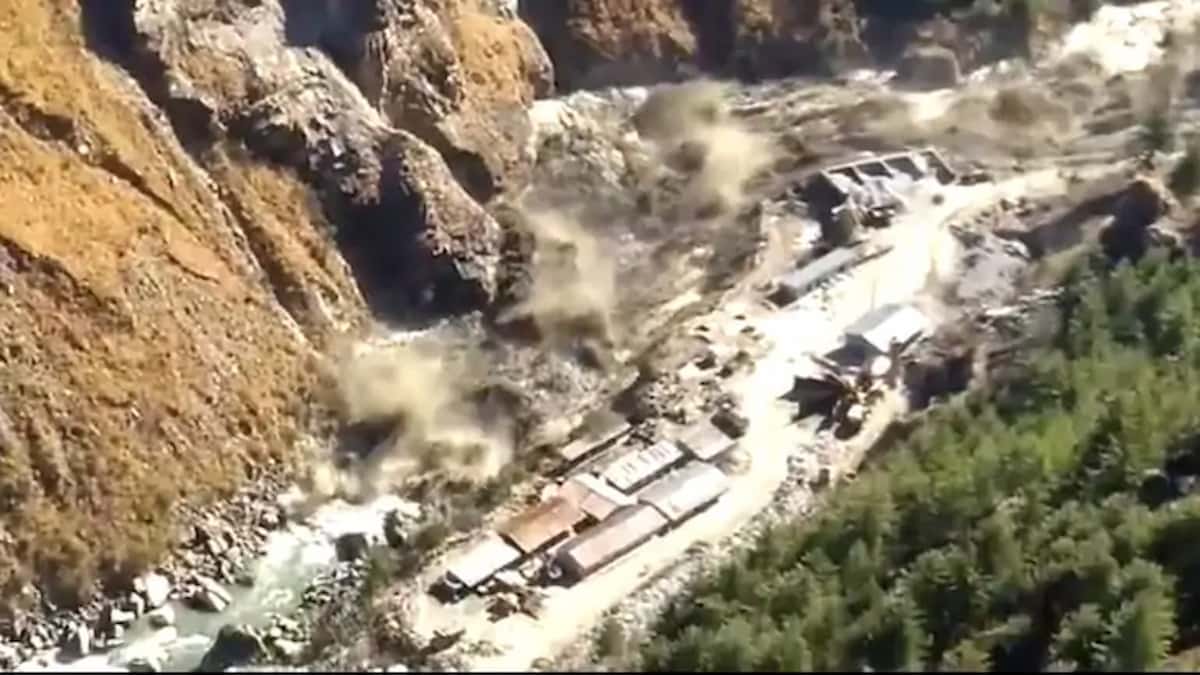 The glacier exploded in Raini in Chamoli district of Uttarakhand on Sunday morning. It is being told that the Dhauli river has flooded due to the glacier burst. This has increased the risk from Chamoli to Haridwar. On receiving the information, the administration team has left for the spot. At the same time, police are alerting loudspeakers on the river banks of Chamoli district. In Karnprayag, people settled on the banks of the Alaknanda River started evacuating the house. The Rishi Ganga and Tapovan hydro projects have completely collapsed.

Additional District Magistrate Tehri Shiv Charan Dwivedi informed that an alert has been issued in the district after receiving information about flooding in Dhauli river. Along with this, Haridwar district administration has also issued an alert. All police stations and riverbanks have been instructed to be vigilant. An alert has also been issued in Rishikesh. Instructions have been given to immediately remove the boat operation and rafting operators from the river.

At the same time, instructions have been issued to the Srinagar hydropower project to reduce the lake water. So that when the water level of Alaknanda rises, there is no problem in releasing excess water.

Chamoli Superintendent of Police Yashwant Singh Chauhan said that a lot of damage is being reported. But the situation is not clear yet. The team will be going on the spot, only then the loss situation will be clear.

It is being told that the dam was damaged after the glacier burst. Due to which rivers have flooded. The Tapovan Barrage is completely demolished. In Srinagar, the administration has appealed to the people living in settlements along the river to move to safer places. At the same time, laborers working in the river are also being removed.

On the other hand, after the flood, now the water level of Dhauli river has stopped completely. According to the State Control Room, the water in the rivers of Garhwal is increased. Many people are being reported missing due to the current.