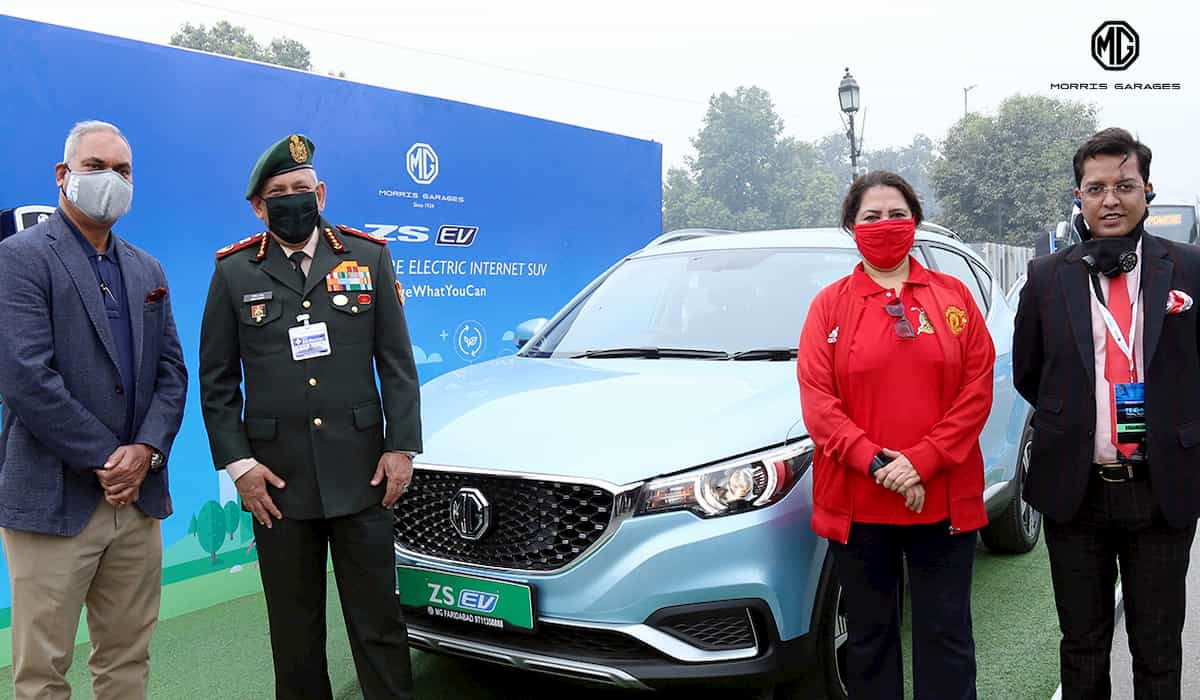 At a time, when we Indians have been asked to oppose all the Chinese goods and Atmanirbhar Bharat has been pushed to us and the countrymen has been asked to purchase the goods made only in India, no matter how costly they are, India’s Chief of Defense Staff, General Bipin Singh Rawat has been seen participating in promotional activity of a China based motor company.

A couple of days ago, General Rawat, along with BJP MP Meenakshi Lekhi participated in a tech trial run organised by Morris Garage, generally called as MG Motors from Delhi to Agra. The duo flagged off the run from Delhi to Agra at India Gate, whose photos were tweeted by the official handle of MG Motors India.

MG Motors is a British automotive company which happens to be a subsidiary of SAIC Motor UK, which in turn is owned by Shanghai based Chinese state-owned automative SAIC Motor.

The participation from General Rawat has stirred controversy as this has happened at a time when India is in mid of the worst border crisis with China in decades and we have lost tens of our soldiers during a clash with China and despite various military level talks, China has continued occupying our land.