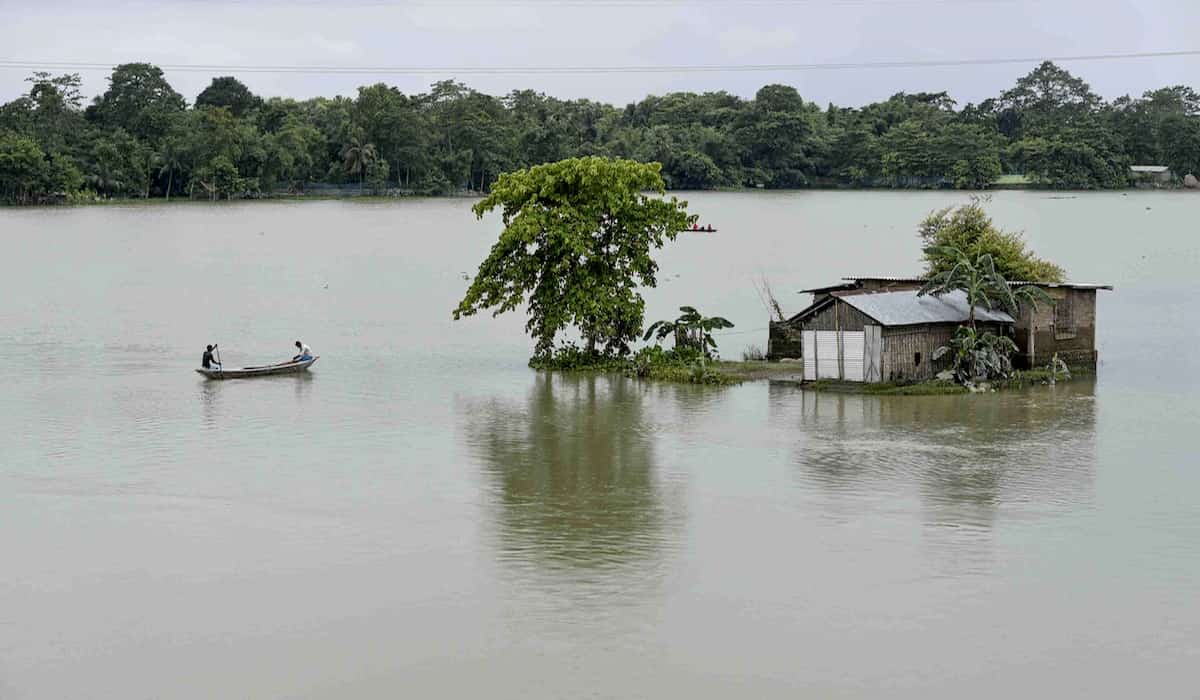 There have been incidents of death due to floods in areas like Barpeta, Kokrajhar and Morigaon. So far this year about 122 people have died in the state due to landslides. On the other hand, similar conditions are prevailing in Bihar.

About one million people have been affected by the floods here. The embankment of the Gandak river has been submerged in three places after it broke in three places. However, no loss of life has been reported from here. According to the state disaster management department, 9.60 lakh people have been affected in 529 panchayats of 74 blocks in 10 districts.

In Arunachal Pradesh too, due to torrential rains, the connectivity of many districts was cut and a flood-like situation was created. Meanwhile, the landslide has cut contact in West Siang district. President Ram Nath Kovind has spoken to the Chief Minister Sarbananda Sonowal about the floods in Assam and expressed solidarity with the information about the state of the state.

He also flagged off nine trucks carrying Red Cross relief supplies from the Rashtrapati Bhavan to the people affected by floods and Kovid-19 from Assam, Bihar and Uttar Pradesh. On the other hand, the Meteorological Department said that heavy rainfall is expected between July 26-28 in Uttarakhand, Himachal Pradesh, Uttar Pradesh and Bihar and July 27 to 29 in Punjab and Haryana.

In Bihar, West Champaran, East Champaran, Sitamarhi, Shivhar, Supaul, Kishanganj, Darbhanga, Muzaffarpur, Gopalganj and Khagaria are affected by the floods. The Meteorological Department has said that there may be rain in North India including Delhi-NCR on the following Monday, Tuesday and Wednesday.