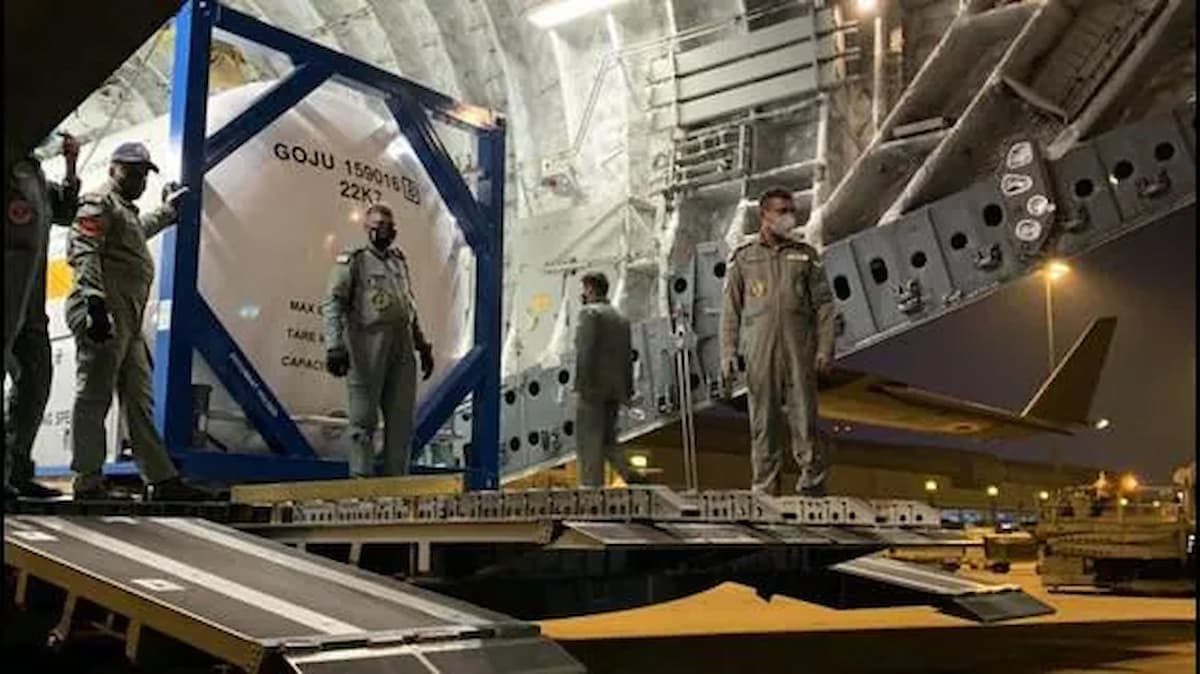 Many countries, including the United States, continue to help India struggling with Corona. The first consignment of medical supplies, including oxygen cylinders, oxygen concentrators, PPE, rapid testing kits, has reached India from the US. More such flights are expected to be sent by the US government in the next week. The US Embassy in India said that the United States stands with India at this time of crisis. Because we are fighting the epidemic together.

According to a statement from the Ministry of Foreign Affairs (MEA), the US Air Force aircraft C-17 Globemaster III, the second US Air Force carrier, has arrived in India carrying goods loaded with Corona relief supplies.

Apart from America, many other countries have also appeared in this hour of crisis. Explain that 80 oxygen concentrators and 75 oxygen cylinders have also been sent to India from Romania. Foreign Ministry spokesman Arindam Bagchi has thanked Romania. At the same time, Japan has also decided to support India in this hour of crisis. Japan’s Ambassador to India, Satoshi Suzuki said that Japan stands with India in its time of need.