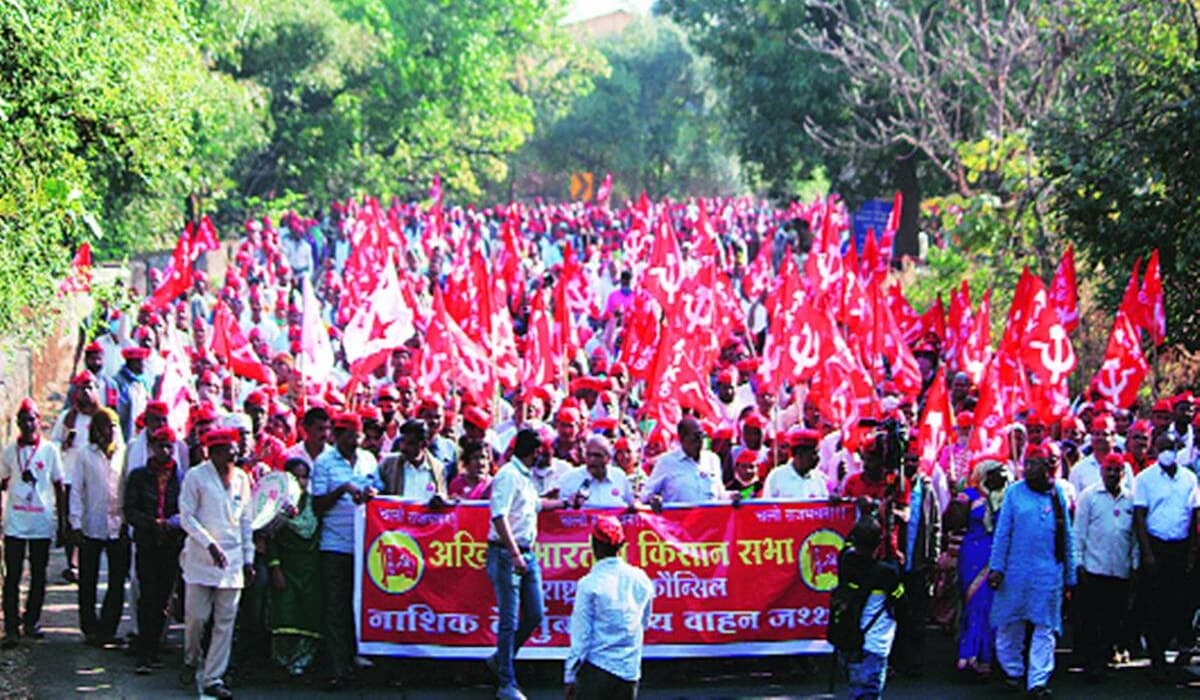 Farmers’ agitation is going on at the Delhi border against agricultural laws. The period of politics is also going on. Now the farmers of Maharashtra have also come out in support of the agitating farmers. Thousands of farmers have reached Mumbai on foot from Nashik under the leadership of All India Kisan Sabha. A large rally of farmers has been called at Azad Maidan here which will also be addressed by Congress leaders including Nationalist Congress Party (NCP) President Sharad Pawar and Shiv Sena leader Aditya Thackeray.

All India Kisan Sabha (AIKS) national spokesperson Ashok Dhawale said that the conference called for the withdrawal of agricultural laws to support the ongoing peasant movement on the Delhi border. He informed that Kisan Sabha will be held at Azad Maidan in which leaders of Mahavikas Aghadi will participate.

Leaders of Left parties including NCP chief Sharad Pawar, State Congress President and Revenue Minister Balasaheb Thorat and Tourism Minister Aditya Thackeray will also address the rally. A delegation of farmers will visit Raj Bhavan on January 25 and submit a memorandum to Governor Bhagat Singh Kosari and also hoist the flag at Azad Maidan on the occasion of Republic Day.

The police officer said that in view of the Kisan rally, the police has made special preparations for the security of Azad Maidan and its surrounding areas in South Mumbai and the deployment of the State Reserve Police Force (SRPF) personnel, along with the use of drones. Will be done.

AIKS said that farmers from different areas gathered in Nashik and left for Mumbai on Saturday, adding more farmers on the way during the yatra. According to the statement, the farmers who had traveled to Mumbai had halted at Ghatnadevi near Igatpuri for a night’s rest.