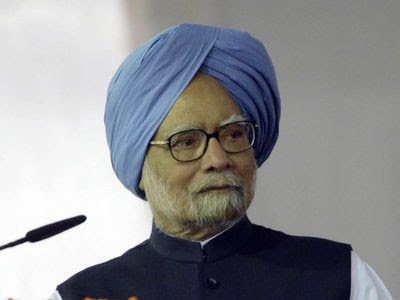 BJP’s current working President JP Nadda targeted Congress while the debate on Citizenship (Amendment) Bill, 2019 was going on in the Rajya Sabha on Wednesday, 11 December. He said that the current government is doing exactly what the former Prime Minister of India Manmohan Singh suggested during his speech in the Rajya Sabha in 2003. And this was the not his only tweet, he shared a couple of tweets claiming that congress was in support of this bill previously but now they are opposing it as they are not in power position.

Congress’s position on important legislations that are critical to India’s national security and idea of nationhood changes depending on which side of power they are on… It is just terrible that India trusted it for so long to manage its affair. pic.twitter.com/RUGQH6c1Tp

Even the right-wing media platform opIndia posted a story saying, “The Congress party seems to have exposed its hypocrisy on the issue of granting citizenship to the persecuted minorities from the neighbouring countries. It is, in fact, surprising to see that the Congress party has now chosen to oppose an idea to which the party had vehemently supported in the past.

On December 18, 2003, former Prime Minister and Congress MP Manmohan Singh, who was then leader of the Opposition in Rajya Sabha, had spoken in the Upper House in favour of giving citizenship to Hindus from Bangladesh who had taken refuge in India because of persecution.”

Even The Times of India reported an article with similar claims. Strangely Amit Shah also mentioned Singh’s name while tabling the controversial Citizenship (Amendment) Bill in parliament. “In 1947, all refugees who came to India were accepted. Even Manmohan Singh-ji and LK Advani-ji were part of them. They became PM and deputy PM because we accepted them and gave them citizenship,” he said, hours after accusing the party for dividing India on basis of religious lines during  partition.

Manmohan Singh and Congress supported the current Citizenship Bill 2019 in past and are showing hypocrisy by going against it now.

The Citizenship Bill of 2003 was completely different from that of 2019. Citizenship Amendment Bill which got passed yesterday was introduced in 2016. It is one draft page which talks about giving citizenship to religiously prosecuted minorities from neighbouring countries except for Muslims.

The one being discussed in 2003, did not speak about granting citizenship to refugees coming from other countries. It dealt specifically with provisions related only to defining legal and illegal migrants and also wanted to make few rules regarding Overseas Citizenship of India. But, the Citizenship (Amendment) Bill 2019 that was passed yesterday by Rajya Sabha urges to give Indian citizenship to Hindu, Buddhist, Sikhs, Parsi, Jain or Christian refugees coming from other neighbouring countries like Afghanistan, Bangladesh, and Pakistan. This Bill also seeks to relax the requirement of residentship for these migrants in India from 11 years to six years. But, somewhat strangely this bill excludes the Muslim communities to the above mentioned benefits.

What did Manmohan Singh exactly say in 2003?

“After the partition of our country, minorities in countries like Bangladesh have faced persecution, and it is our moral obligation that if circumstances force people – these unfortunate people – to seek refuge in our country, our approach to granting citizenship to these unfortunate persons should be more liberal,” Dr Manmohan  Singh said while discussing the Citizenship Amendment Bill in 2003.
But Dr Manmohan Singh didn’t talk about leaving anyone out of the citizenship based on religion which is the contention opposition has with the current Citizenship Amendment Bill.