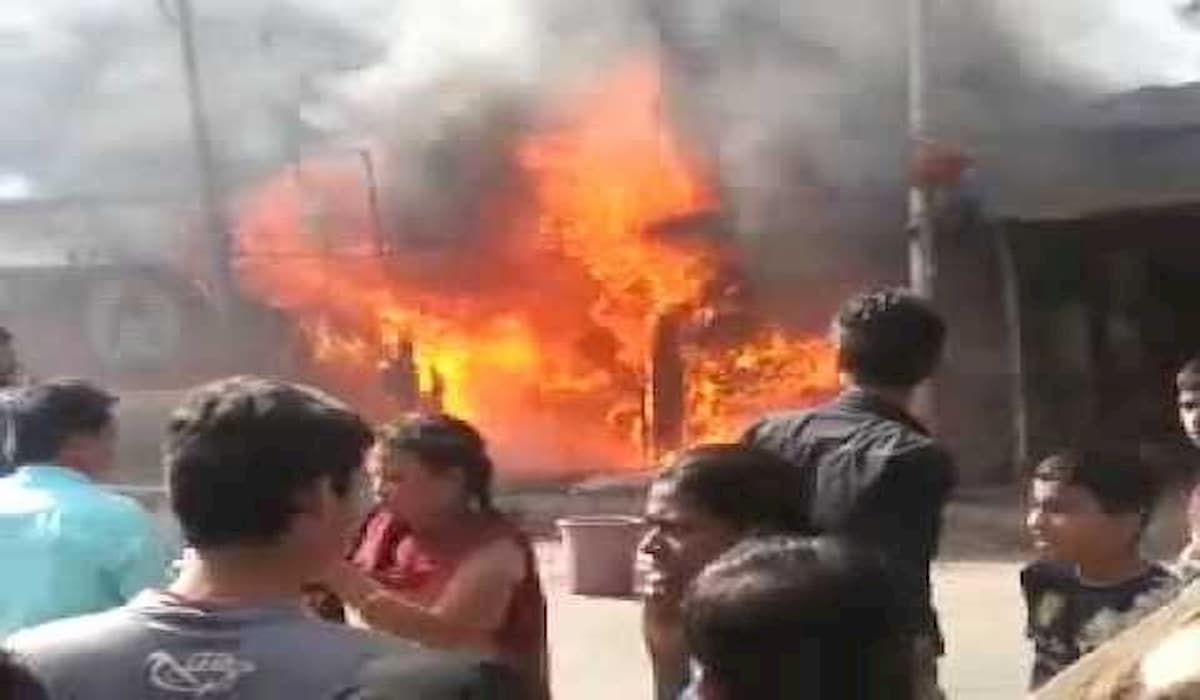 There is a strong explosion in Chhapra Railway Factory located in Dariapur of Chhapra district of Bihar. After this incident, there was chaos in the area. Three employees were reported injured in this blast. The factory caught fire after the explosion.

Saran SP of Saran Har Kishore Rai told that there is a news of fire due to an external object falling in the boiler of the factory. There have been reports of three employees injured in this incident. Police officers have reached the spot. Relief and rescue operations have been started

The reasons for the blast were not disclosed and no official statement has been revealed. But, it is being told that the explosion was so tremendous that even the glass in the factory has broken. The three employees who were injured in this incident have been admitted to the hospital. The statement of any officer of Rail Wheel Factory has not been revealed in this regard.