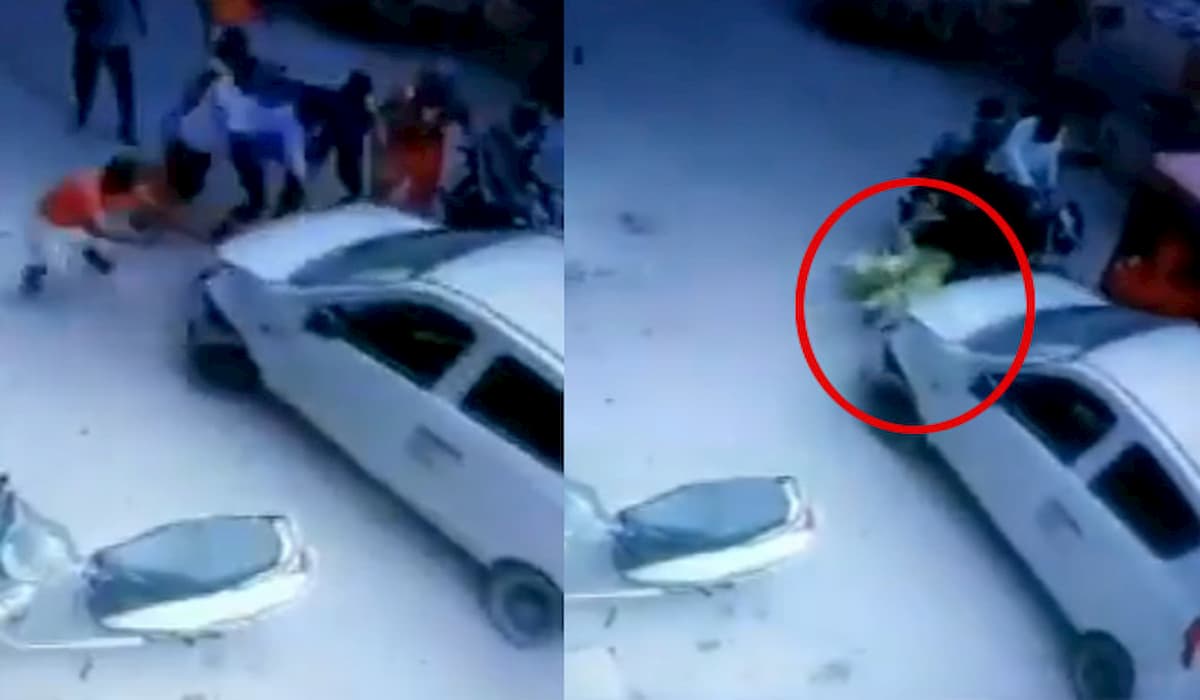 The sensation was triggered by a heart-pounding road accident near Delhi’s Chilla village on Friday evening. A drunken policeman first pushed the woman from his car and then rushed forward, ruthlessly crushing her.

Video of this incident is also going viral on social media. This heart-wrenching video is making everyone’s hair go. It is clearly visible in the video that the accused hit the woman strongly before the white colored car, causing it to fall on the road some distance away.

Seeing this, people nearby immediately reached the spot and tried to wake him up. The driver escaped from the spot, dragging and crushing the woman trapped under the car before anyone could pick up the woman or stop the driver.