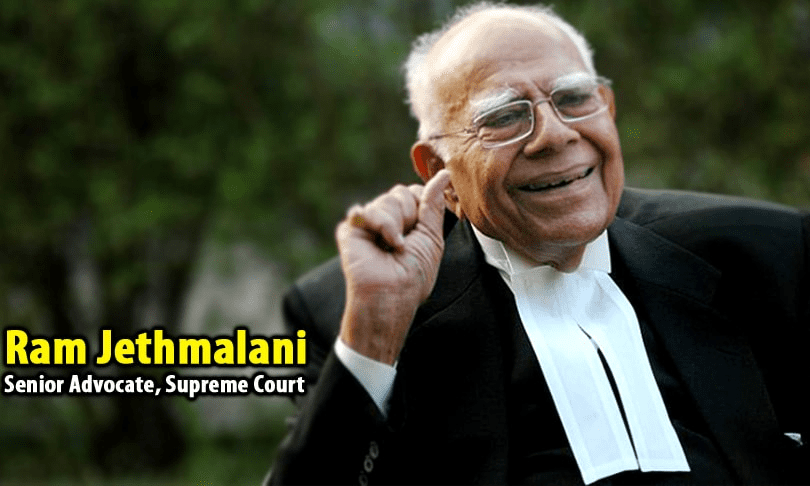 Ram Jethmalani breathed his last at 7.45 am at his official residence in New Delhi, his son Mahesh Jethmalani told PTI.

Jethmalani’s career has been marked by high-profile cases and run-ins with some of the most powerful people in the country. Known as a criminal lawyer, particularly his techniques of cross-examination of witnesses, Jethmalani repeatedly proved his mettle in the court-room, making him one of the highest-paid lawyers in the country. Jethmalani’s spectacular journey began, at least in India, in the 1950s when he became involved in the famous Nanavati murder case of 1962 —a love-triangle where a naval officer was tried for the murder of his wife’s alleged lover. But Jethmalani wasn’t representing either one of the sides—he was a young lawyer, starting out at that point of time and had been picked up by Mamie Ahuja, sister of Prem Ahuja, the man who had been shot dead, to look after the interests of her brother. This was a “watching brief”. It helped him establish himself in Bombay where he had moved from Karachi after partition (He was a partner in a law firm in Karachi).

The Nanavati case put him on a legal journey that would overlap with politics and events. From Haji Mastan to the assassins of Indira Gandhi and from Rajiv Gandhi to L.K. Advani, Jethmalani has represented people from all walks of life, especially those who would find themselves on the wrong side of history.

Jethmalani, who served as the Union minister for law in the Atal Bihari Vajpayee government from 1999 to 2000, started dabbling in politics as early as 1971. He was elected a member of Parliament in the 6th and 7th Lok Sabha on a Bhartiya Janta Party ticket from Mumbai.

He served as the Union law minister and the minister of urban development in Atal Bihari Vajpayee-led NDA government.

Prime Minister Narendra Modi took to Twitter to condole the death of the Senior advocate.

“India has lost an exceptional lawyer and iconic public figure who made rich contributions both in the Court and Parliament. He was witty, courageous and never shied away from boldly expressing himself on any subject,” the PM tweeted.

“Extremely saddened at the passing away of legendary lawyer Ram Jethmalani ji. An institution in himself, he shaped criminal law in post-independence India. His void would never be filled and his name will be written in golden words in legal history. RIP Ram sir,” Delhi chief minister and AAP national convener Arvind Kejriwal said