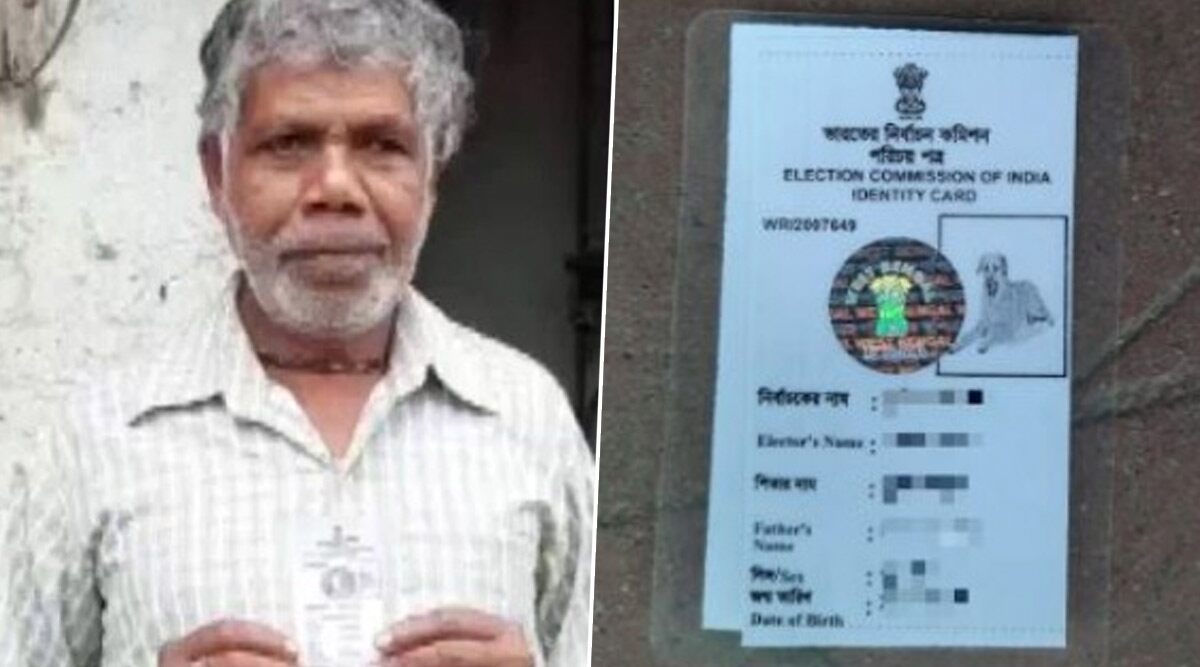 In a shocking incident, a 63-year-old person in Ramnagar village in West Bengal’s Murshidabad has been issued a voter ID by Election Commission of India (ECI) with a dog’s photo. The person has been identified as Sunil Karmakar, who received his ‘corrected’ voter ID card on Tuesday. Karmakar had decided to file a defamation suit against the ECI.

According to a report, published in the Hindustan Times, the North Bengal resident had applied for some corrections, as there were some errors in his voter card. Though the errors were fixed, but his photo had been replaced with a dog by the ECI. Following this, the Murshidabad resident is angry and have decided to sue the ECI. Election Commission Hits Back At Former CEC SY Quraishi, Says ‘No FIRs Were Lodged in MCC Violations During His Tenure’.

Suspecting that the errors was intentional and intended to humiliate him in public, Karmakar said, “There were some errors in my voter ID card so I had applied for a correction. When the corrected card came, the information was correct, but my photo had been replaced. People who saw my card, mocked it publicly. I will drag the Election Commission of India (ECI) to court.”

Following the news spread like wild fire, a government official involved in correcting voter ID card errors said that they had spotted the mistake but that he had no idea how it remained uncorrected. He said, “We noticed the dog’s picture after the publication of the draft voters’ list. I rushed to Karmakar’s residence and brought back a picture of the man. But I am clueless as to how the card got printed with the dog’s photo anyway.”

Meanwhile, block development officer of Farakka — Rajarshi Chakraborty — had said that the administration will investigate Karmakar’s charge that the error was intentional or not. He had asked government employees to show cause who were involved in the process for correcting voter-id details. The BDO also said that Karmakar will be given a new voter ID card in April.