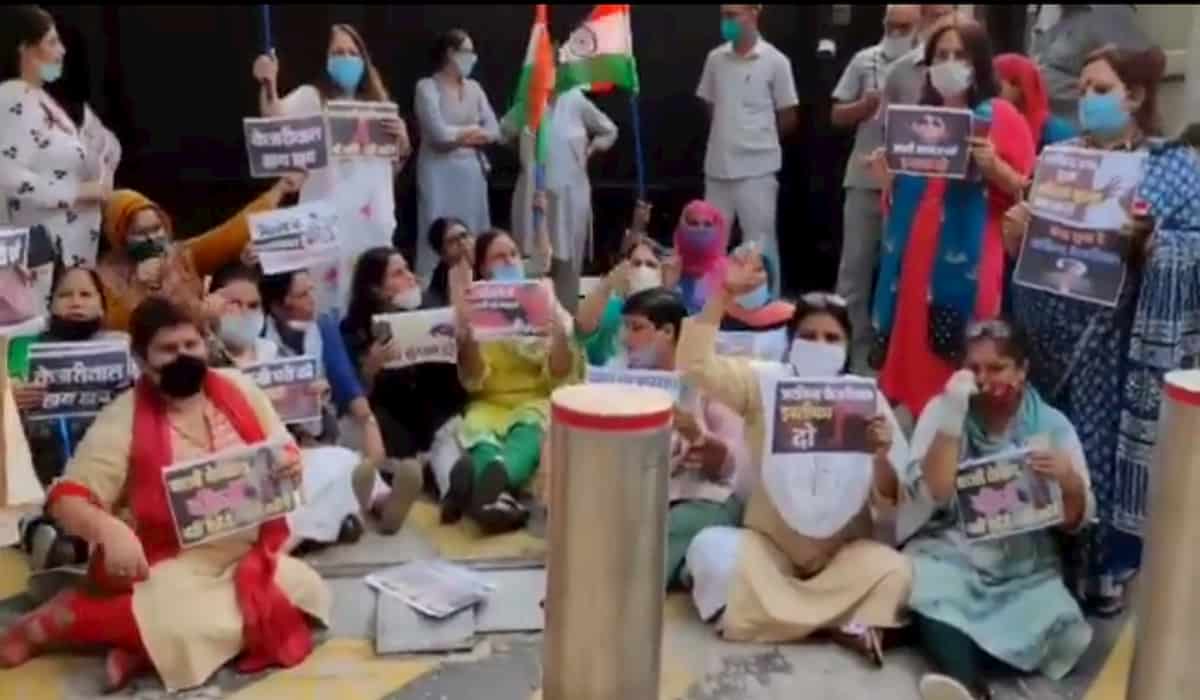 Delhi Mahila Congress protested outside Chief Minister Arvind Kejriwal’s house over the sexual assault on a 12 year old girld. The Mahila Congress workers were detained by the police on Saturday.

“We awanted to meet the CM but were roughly treated and detained by the police” said one of the Mahila Congress worker.

Delhi Congress president Anil Kumar Chaudhary claimed that the law and order machinery in the national capital has completely collapsed in the blame game of BJP and AAP and people, particularly women are “unsafe”.

The 12 year old girl was brutally assaulted at her home in Pashchim Vihar last Tuesday who is struggling for her life in AIIMS.