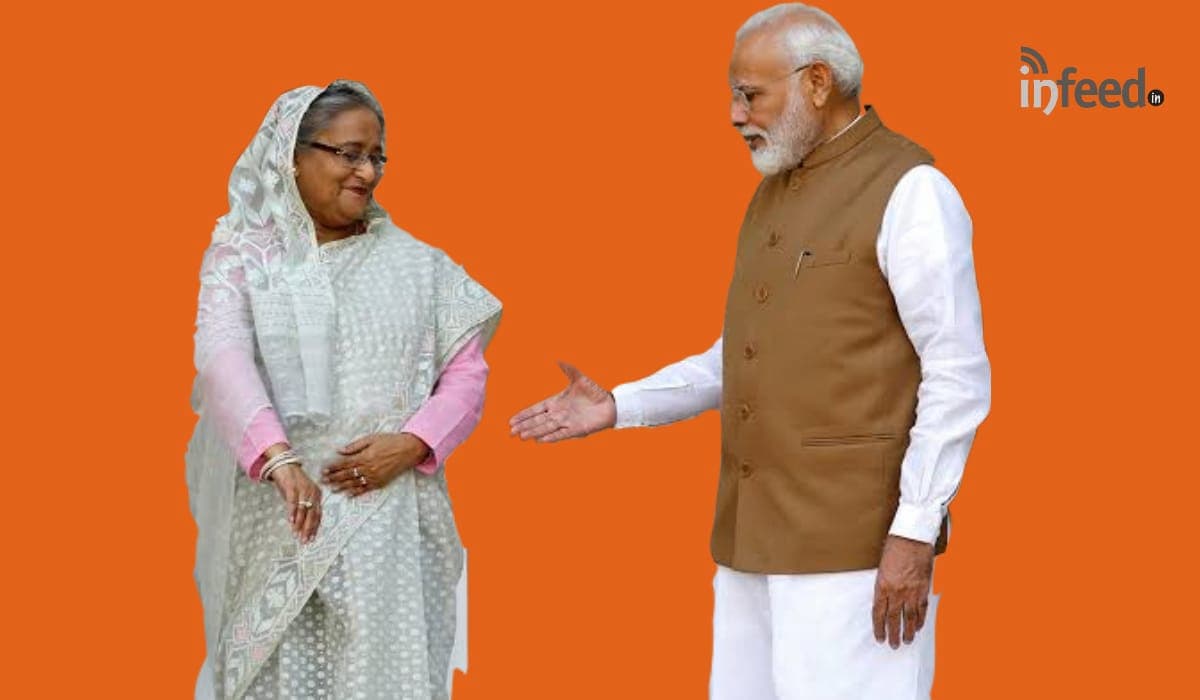 Nearly six years ago, Prime Minister Narendra Modi had enamoured Bangladesh with Tagore’s poetry in Bengali and a $2 billion line of credit. This time round, as he is well set to visit the neighbouring country on March 26 and 27 to attend the celebrations to mark the birth centenary of Bangabandhu Sheikh Mujibur Rahman and 50 years of the war of liberation of Bangladesh, the Modi 2.0 government has already set the stage and the tone with 2 million Made in India Covid 19 vaccines, India’s largest vaccine gift to any country. This incidentally will be Modi’s first overseas visit since the outbreak of the pandemic.

Although diplomatic circles will look forward to signing of three MoUs during PM Modi’s visit to Dhaka, Modi himself will have to keep in his mind that back home, his party is facing one of the most crucial polls in an Indian state, which is closest to Bangladesh and Bengal polls are generally impacted by India’s relationship with Bangladesh in more ways than one.

Prime Minister Modi and his political think-tank know that the imbroglio over Teesta River Water Sharing Accord is far from over and therefore his itinerary managers have carefully kept a visit to the famous Jeshoreshwari Kali temple in Satkhira and offering prayers at the Matua temple of Orakandhi in Modi’s tour plan. Mind you that the temple at Orakandi is sacred to the Matua community of West Bengal as it is considered to be the place of birth of the Matua gurus. For the last few years, the Saffron Brigade and Mamata’s Trinamul Congress have been engaged in a socio-political tug of war to win over the Matua vote bank in Bengal. Modi will actually be visiting outside Dhaka to visit the Matua temple at Orakandhi. That itself will be a rarest of the rare gesture.

Modi will hold talks with Sheikh Hasina and call on President Mohammed Abdul Hamid. Bangladeshi Foreign Minister A.K. Abdul Momen will call on him. The two countries are likely to sign three MoUs- most likely in the field of disaster management and cooperation between some institutions of the two countries. Interestingly, India’s External Affairs Minister S Jaishankar recently visited Bangladesh and described India’s strategic ties with Bangladesh a truly “360 degree partnership”.

While preparing the ground for Modi’s visit to the neighbouring country, Jaishankar had said that Bangladesh was central to India’s ‘Neighbourhood First’ policy and increasingly relevant to the country’s ‘Act East Policy’. There is no doubt whatsoever that India sees Bangladesh as a key neighbour and a valued partner not only in South Asia but also in the broader Indo-Pacific region. And the two countries are working hard to expand their relationship to whole dimensions, ranging from security, trade, transport and connectivity, culture, people to people ties ensuring development of our shared resources.

There are however two vexed issues and irritants: killings of Bangladeshis allegedly by the Border Security Force along the border and the long-pending deal on the sharing of Teesta waters. On the first, India is likely to harp on ‘no crime, no death on the border’ strategy, while the second issue will be kept in abeyance till the meeting of the water resources secretaries of the two countries.