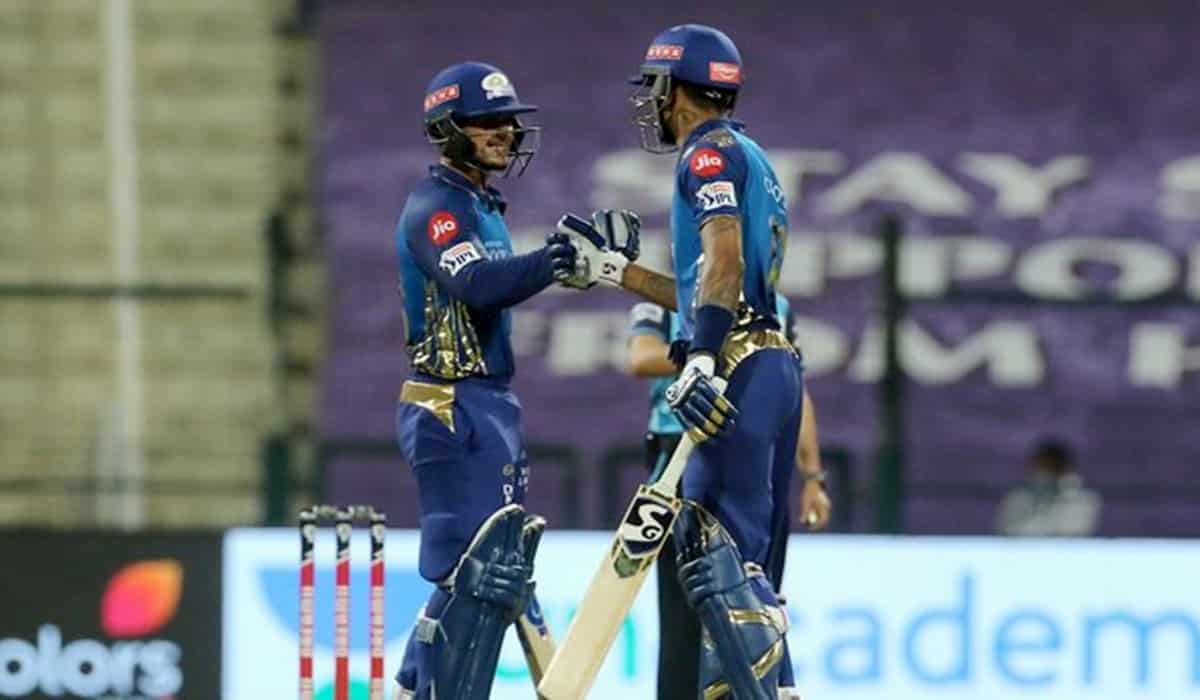 The new Kolkata Knight Riders captain Eoin Morgan suffered a crushing defeat in the first match. In the match played in Abu Dhabi, Mumbai Indians defeated them by eight wickets with 19 balls to spare on Friday. Man of the match Quinton De Kock smashed 78 off 44 balls which included nine fours and three sixes. This is Kolkata’s second consecutive and fourth defeat in eight matches. Mumbai’s team has again reached the top with a sixth win in eight matches.

Kolkata Knight Riders, who picked the first batting, scored 148 for five from an unbroken 87-run partnership between Pat Cummins (53 not out) and Morgan for the sixth wicket. Wicketkeeper batsman Dinesh Karthik, who left the captaincy for batting, could only score four runs. Mumbai managed an easy win by scoring 149 runs for two wickets in 16.5 overs.

Quinton de Kock was in a more aggressive mood. He hit two fours in the fourth over at Cummins. His 24 was a difficult catch Varun could not take but Varun, who was batting unscathed, hit two boundaries and a six over the famous Krishna in the seventh over. In the ninth over, he completed his half-century in an atishi style with a six over Russell. The South African batsman has his third half-century in four matches.