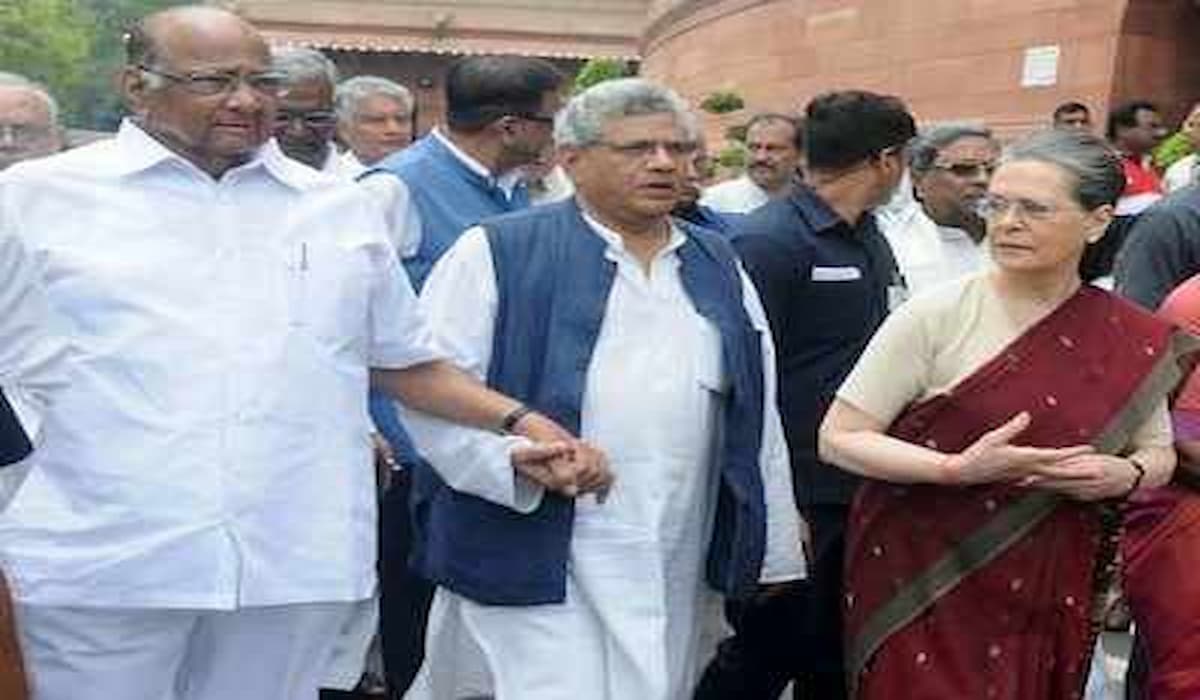 Mamata Banerjee-led Trinamul Congress has not only upset Mo-Sha’s applecart in the recently concluded state legislative assembly polls in West Bengal, but it has given a new lease of life to the idea of United Opposition at the national level. The most recent strong letter written by a host of opposition leaders and sent to Prime Minister Narendra Modi, is certainly a case in point. The letter signed by Sonia Gandhi, Mamata Banerjee, H D Deve Gowda, Sharad Pawar, Uddhav Thackeray, M K Stalin, Hemant Soren, Farooq Abdullah, Akhilesh Yadav, Tejashwi Yadav, D Raja, Sitaram Yechury, lambasted the Modi 2.0 government and blamed it on its refusal to accept advice for aggravating the Covid situation in the country into an “apocalyptic human tragedy”. The suggested measures from the United Opposition ranged from a wider vaccine procurement and universal free vaccination to channeling the Central Vista funds into oxygen and vaccine purchase, assisting the jobless and repealing the new farm laws to protect the agitating farmers against Covid-19.

Mind you that following the electoral reverses that they had suffered in the 2019 Lok Sabha polls, the idea of a United Opposition has been virtually and effectively non-existent. Not that there have not been issues to counter the government. The convincing victory of Mamata’s party in Bengal for the third time in a row, braving all odds, has now put a big question mark on Modi-Shah’s invincibility, thereby strengthening the unity of his political opponents. The healthcare catastrophe caused by the second wave of Covid-19, has also taken winds away from the Saffron Brigade.
Ironically however, the Saffron Brigade does not seem to have taken a lesson from its electoral defeats in Bengal. Instead of accepting the people’s mandate gracefully, it has initiated and introduced the same political narratives and games all over again- first through a series of ‘fake videos’, sending central teams without the state government’s consent, and then allegedly trying to use the office of the Governor, appointed by them, so on and so forth, palpably being ignorant and oblivious of the healthcare emergency.

Mamata Banerjee, Modi’s strongest political bete noire at this point in time, on her parts, has come in on the batting crease- visiting hospitals, giving out instructions to government officials on ground zero, arranging vaccines for frontline Covid workers, setting up make-shift Covid hospitals, sending out apt circulars and directives to government and private hospitals, trying to lead this battle from the front, albeit with some loopholes still. Mamata, in fact, has gone one step further from other opposition leaders and proposed to offer lands and incentives to a willing investors who would put up a vaccine manufacturing plant in the state, as a long term solution to the catastrophe, that the state and the entire country is in. She has also aired her willingness to buy the vaccines from the Centre and distribute them among the people.

Silence may otherwise be more eloquent than speech, but this long and conspicuous silence by the top national leadership will not be considered as one such and may lead to disaster. It must rise to the occasion, before it is too late!