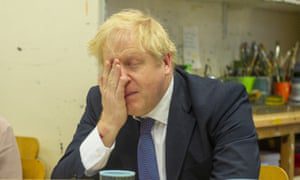 London| British PM Boris Johnson’s condition worsened late Monday after which he was admitted to the ICU ward of the hospital. On Sunday, he was rushed to the hospital for tests after symptoms of corona still appeared in the Prime Minister. Boris Johnson was confirmed to have suffered from Corona 10 days ago.

On Sunday, the British PMO said, “He has been admitted to a hospital on the advice of doctors, although there is no emergency and Johnson will continue to serve as the head of government.” The PMO called it a precautionary step. On 6 March the British PM was quarantined the Downing Street position at his official residence after Corona was confirmed.

During the isolation, the British PM had continued his essential work and also issued several video messages. In a video message released on Friday, the 55-year-old Johnson told the public that he was feeling better than before.