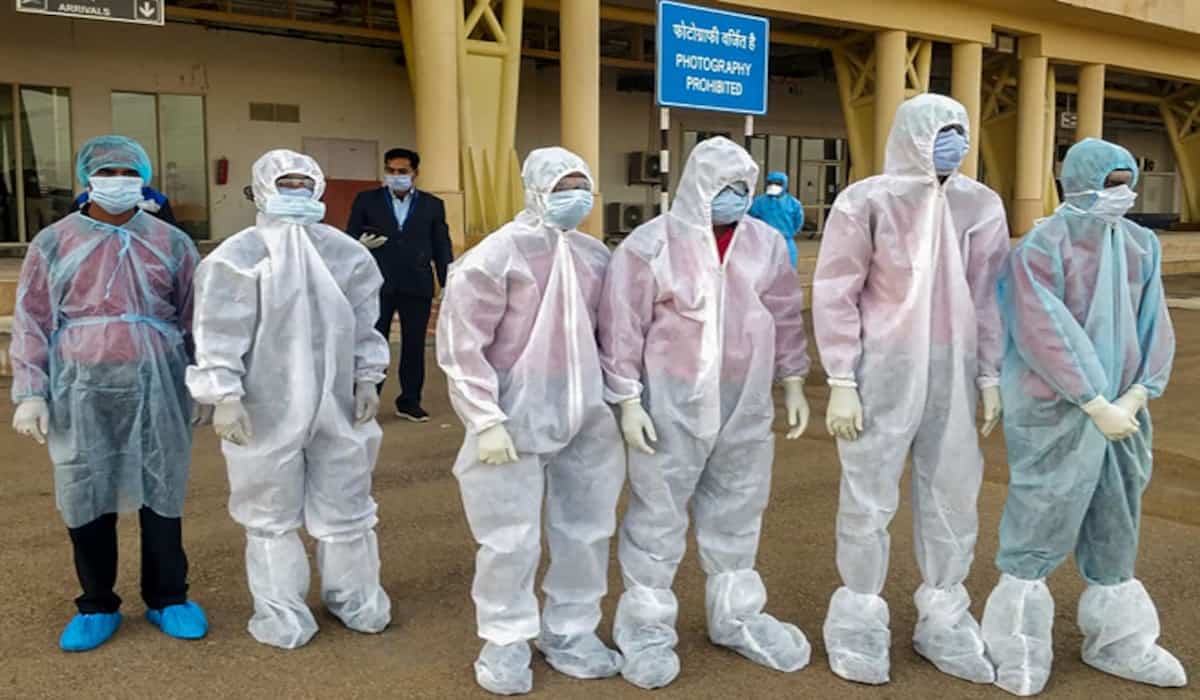 In a horrifying video, an ambulance is seen carrying the dead body of a COVID positive patient that falls of as the ambulance makes a turn. This morbid video is from the Vidisha District Hospital, around 57 kilometres from the state capital Bhopal.

As the body fell on the ground, the rickety ambulance’s driver stops the vehicle. A PPE-clad person is seen looking from the ambulance as two men rush in to help.

The family of the deceased are alleging that the hospital authorities took away the body without informing them. Over 75 deaths have occurred in Madhya Pradesh in the past 24 hours. Most of the deaths have been due to an acute shortage of oxygen cylinders in the state.

The state requires 400 tonnes of oxygen daily and the demand is expected to rise up to 500 tonnes as the caseload rapidly rises.

Rickety ambulances carrying dead bodies, hospitals without oxygen supply and angry families of patients is now becoming a common story for the whole of India as the government grapples to manage the worst public health crisis since independence.